Committed to safeguard territorial integrity, says India after US General's 'alarm' over China at LAC 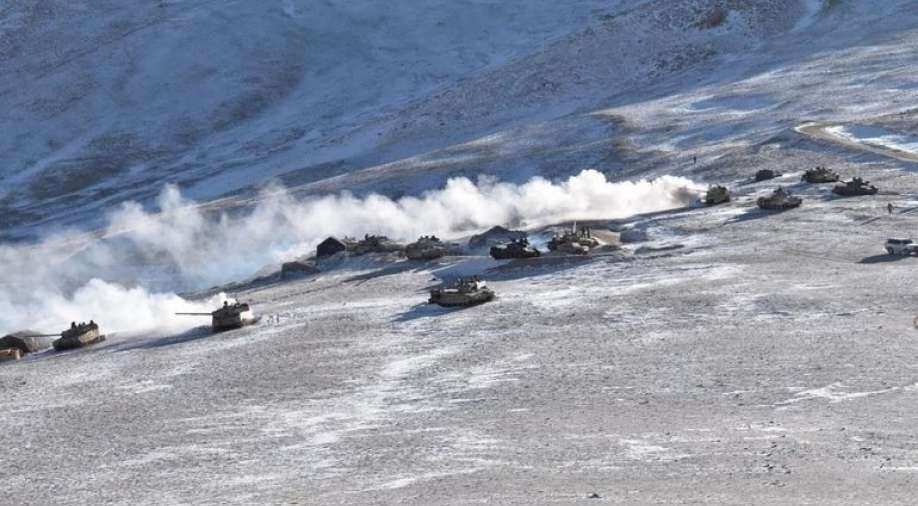 A file photo of military disengagement near Pangong in Ladakh. (Picture Courtesy: Indian Army) Photograph:( Others )

MEA's move comes after US General Charles A Flynn said China's infrastructure build-up in the Western Theatre Command was "alarming".

India's ministry of external affairs said on Thursday that it has taken "appropriate measures to safeguard territorial integrity and sovereignty" along the Line of Actual Control(LAC) with China.

"The government is committed to and takes all adequate and appropriate measures to safeguard territorial integrity and sovereignty as the developments in recent years have clearly demonstrated," external affairs ministry spokesperson Arindam Bagchi said.

MEA's move comes after US General Charles A Flynn said China's infrastructure build-up in the Western Theatre Command was "alarming".

Flynn added that "activity level is eye-opening. And so much, like across all of their military arsenal, one has to ask the question, why?."

India and China were involved in a clash along the LAC in June 2020 in which 20 Indian soldiers had died including four PLA troops although reports claimed the casualties among the Chinese army was much higher.

Last year China had declared it was pulling out of key areas along the LAC  but reports claimed the PLA was building infrastructure along the border.

"As far as the current situation in eastern Ladakh is concerned, we have maintained continuous communication with the Chinese side both through diplomatic and military channels," Bagchi said.

The MEA spokesperson added that India had taken measures to not only develop infrastructure along the border but also ensure economic development of areas along the LAC while also fulfilling the country's strategic and security requirements.

Yoga has come out of intellectual centres to every corner of the world, says PM Modi on Yoga Day