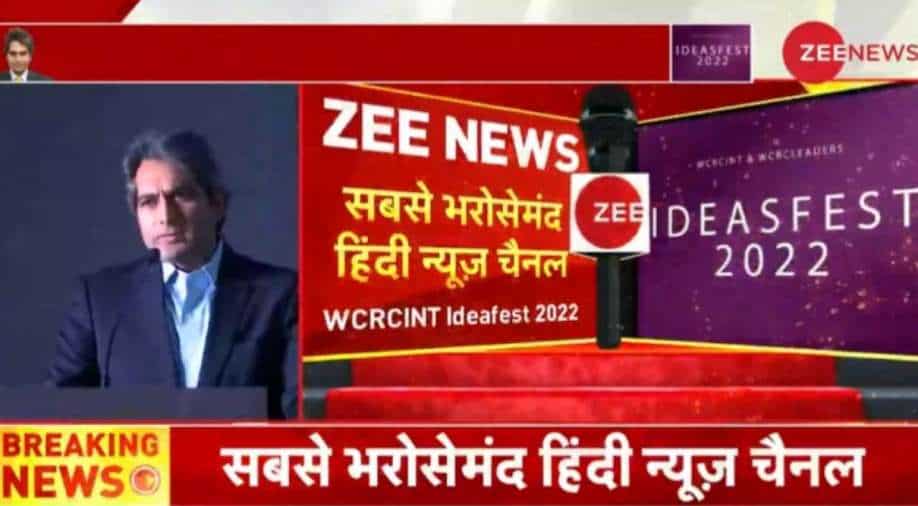 Zee News achieved yet another milestone after it was adjudged India’s most trusted channel again. Zee News is the oldest news brand in India with the most experienced news personnel.

Sudhir Chaudhary, Editor-in-Chief of Zee News, has been awarded the honour of Most Trusted CEO.

Zee News has been voted as the most trusted channel in the country at the Idea Fest 2022.

‘Audience is the biggest award’

Speaking on this achievement, CEO & Editor-in-Chief, Sudhir Chaudhary said that it feels good whenever hard work is acknowledged and awarded. However, he asserted that the biggest award for any media house is the audience who put their trust and invest their time.

“When any of our viewers meet us anywhere and say that we like to watch your channel. That is the biggest award for us,” he said, adding that he does not believe much in awards because this method is not very transparent.

Talking about Zee Media, Sudhir Chaudhary said that this institute is the oldest media institute in the country.

“In 1992, we launched the country's first satellite channel. Now is the day when Zee Media is one of the largest media portfolios in the country and the world,” he added.

In terms of gathering news, the company has one of the largest networks of news bureaus and correspondents with a pan-India presence.