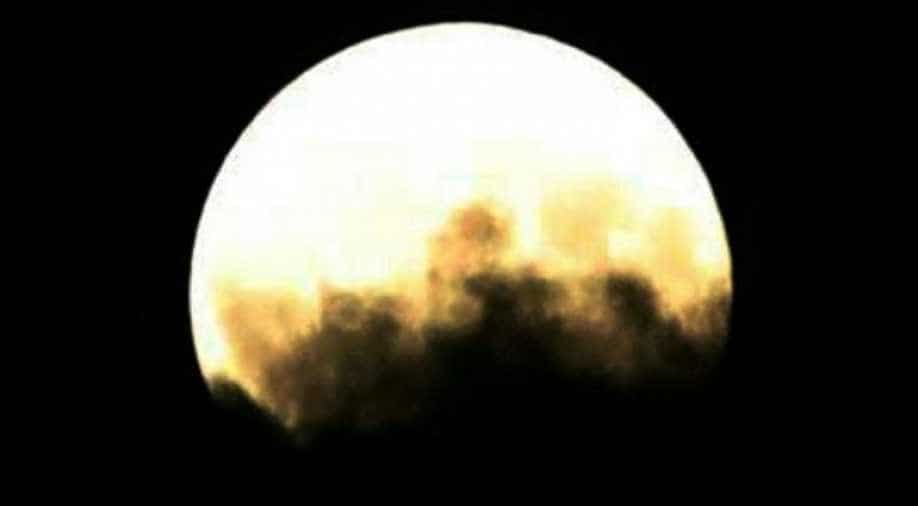 It is the first amongst the four lunar eclipses of the year.

The first penumbral lunar eclipse of the year is taking place today, on 10th January.

During the eclipse, the Moon passes directly behind Earth and its shadow.  It is one of the four penumbral lunar eclipses that will occur this year.

A penumbral lunar eclipse occurs when the Sun, Earth, and Moon are in an imperfect alignment with each other.

The Earth blocks partial sunlight from directly reaching the Moon's surface and covers all or part of the Moon with the outer part of its shadow, also known as the penumbra.

It will be visible in India and several other countries across Asia, Africa and Europe.

It is called as the 'wolf lunar eclipse', as it is the first full moon of January which was named so by the Almanac tribe of the Northern and Eastern United States.

According to the Hindu calendar, the full Moon is called the Shakambhari Purnima, the last day of the eight-day Shakambari Navratri holiday that commemorates the goddess Shakambhari.

Taking baths in the holy waters of India is considered essential for Shakambari Navratri.

Buddhists of Sri Lanka also celebrate the day as Duruthu Poya, which to celebrate of Siddhartha Gautama Buddha's first visit to Sri Lanka.

It is absolutely safe to watch this lunar eclipse with naked eyes, unlike any solar eclipses which require eye protection gears to watch them.

However, a telescope will be needed it watch it.

According to NASA, this lunar eclipse will make way for longer days ahead.

🌖 What will the Moon look like throughout 2020? Using data from our @NASAMoon Lunar Reconnaissance Orbiter to visualize with unprecedented fidelity, @NASAGoddard's Dial-a-Moon shows each hour: https://t.co/iPrELt2wNN

“On the evening of the full Moon, as evening twilight ends, the brightest planet in the sky will be Venus, appearing as the evening star in the southwest about 19 degrees above the horizon. No particularly bright star will appear near overhead. The highest bright star will be Capella, appearing about 46 degrees above the northeastern horizon  As the month progresses the background of stars will appear to shift toward the west, while Venus will appear to shift the other direction, higher in the sky each night,” according to Gordon Johnston of NASA.