'Won't endorse it': US on Rahul’s remark that China, Pakistan together due to India’s foreign policy 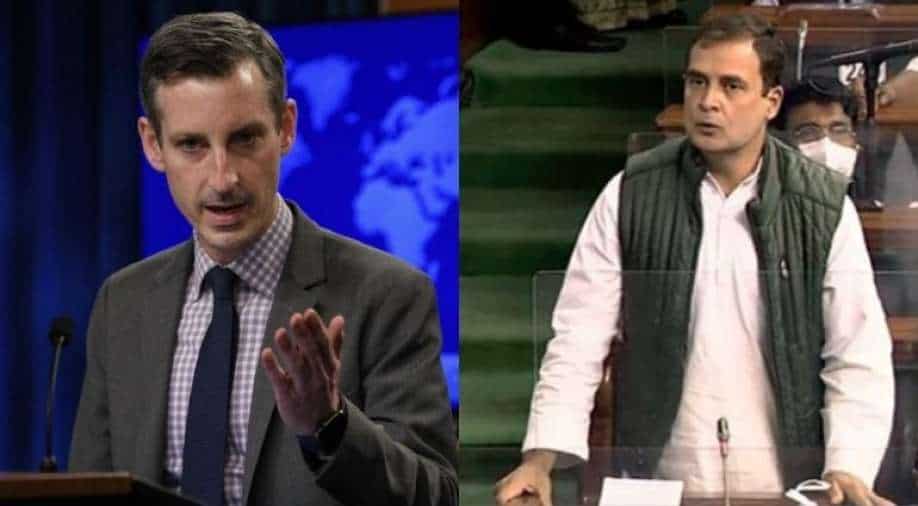 To a question on Congress leader Rahul Gandhi 'suggesting that China & Pakistan are closer than ever due to PM Modi's ineffective policies', US State Department spokesperson Ned Price: I'll leave it to Pakistanis & PRC to speak to their relationship. I certainly won't endorse those remarks.

The United States has stated that it does not agree with Congress leader Rahul Gandhi's claim that Prime Minister Narendra Modi's foreign policy has strengthened the Pakistan-China relationship, adding that the two countries should speak for themselves.

When asked for a reply to Rahul Gandhi's comments in Parliament on Wednesday, US State Department spokesperson Ned Price responded that "I will leave it to the Pakistanis and the PRC to speak to their relationship. I certainly would not – would not endorse those remarks,".

According to the former Congress president and MP, the Modi government's foreign policy had brought China and Pakistan together.

"We’ve made the point all along that it is not a requirement for any country in the world to choose between the United States and China. It is our intention to provide choices to countries when it comes to what the relationship with the United States looks like.And we think partnership with the United States conveys a series of advantages that countries typically would not find when it comes to the sorts of partnerships that – "partnerships" may be the wrong term; the sorts of relationships that the PRC has seeked to – has sought to have around the world," Ned Price added.

"Pakistan is a strategic partner of the United States. We have an important relationship with the government in Islamabad, and it’s a relationship that we value across a number of fronts, " he said.