Both women decide not to enter Sabrimala temple amid protests; priest decides to shut premises and leave 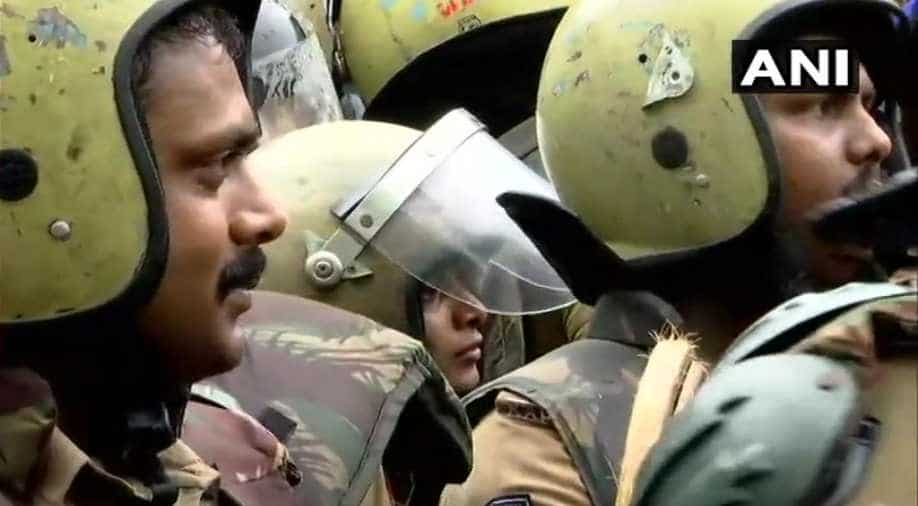 The two women who tried to enter the Sabarimala temple decided not to carry on their journey with protesters stopping them on the way even as heavy security was deployed in the temple area.

Kerala Inspector General said: "We have told the female devotees about the situation, they will now be going back. So we are pulling pack. They have decided to return."

The women were reportedly 500 meters from the golden steps to the temple.

Preist Kandararu Rajeevaru said: "We have decided to lock the temple and handover the keys and leave. I stand with the devotees."

"I do not have any other option," the priest added.

Pathanamthitta: Journalist Kavitha Jakkal of Hyderabad based Mojo TV and woman activist Rehana Fatima move to the office where the two have been called by Inspector General S Sreejith. #SabarimalaTemple pic.twitter.com/F4xFZieWOI

A Hyderabad-based woman journalist named Kavitha Jakkal and a woman activist Rehana Fatima had begun their walk towards Sabarimala temple on Friday morning while the woman journalist reportedly said that she was going to Sabarimala Sannidhanam to carry out her "professional duty".

Police had thrown a security ring around the two women who had requested security to go to Sabarimala Sannidhanam, reported news agency ANI.

Protesters surrounded the temple as the two women made their way towards the temple. The women would have become the first from the menstruating age group to visit the Sabarimala temple of Lord Ayyappa after the Supreme Court order permitted women of all age groups to enter the shrine.

The journalist accompanied by her male colleague, a foreigner, had descended the hills from Marakkoottam area in the face of mounting protests.

A case has been registered against devotees who allegedly prevented her trekking and forced her to climb down the hills.

A New Delhi-based woman journalist was stopped midway by devotees opposing the entry of women of menstrual age into the hill shrine on Thursday.

#Kerala: Journalist Kavitha Jakkal of Hyderabad based Mojo TV and woman activist Rehana Fatima are en-route to the #SabarimalaTemple. pic.twitter.com/IADqXgEJZJ

#Kerala: Journalist Kavitha Jakkal of Hyderabad based Mojo TV, being escorted by police from Pamba to Sannidhanam. #SabarimalaTemple pic.twitter.com/6lwDGStDTw