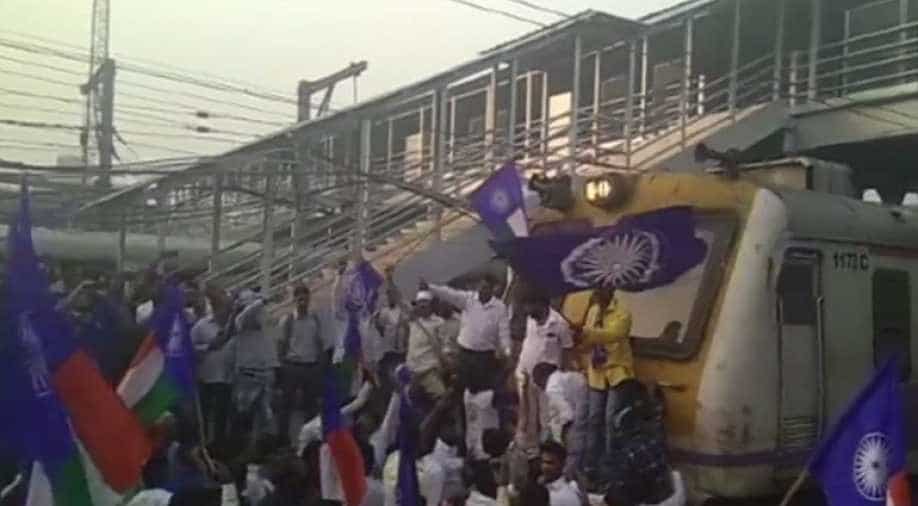 The violence and protests in Maharashtra claimed a second life on Wednesday. Photograph:( ANI )

Video: 4 dead after fire breaks out at Maimoon building in Marol, Mumbai

Four people are dead and five injured after a  fire broke out at the Maimoon building in Marol, Mumbai.

Chinese road-building teams entered around 1 kilometre inside Indian territory in Tuting area of Arunachal Pradesh last week but returned after being confronted by Indian troops, government sources said on Wednesday.

A 16-year-old boy died in Nanded on Wednesday during the Dalit protests.

Police said the boy, identified as Yogesh Jadhav, had run along with the other demonstrators. But that he lost his balance and fell and was crushed by other protesters.

President Donald Trump on Wednesday blasted former White House chief strategist Steve Bannon as having "lost his mind" in the fallout over damaging comments Bannon made about Trump's son Donald Trump Jr. in excerpts from a new book.

Indian or not? Fear in Assam over citizens' register

Marzina Bibi, a Muslim woman living in Assam, is petrified she will be declared stateless.

The 26-year-old's name was not on a preliminary list of citizens that was published at midnight on Sunday, although she holds a voter identity card and had voted in state elections in 2016.

"Why are they doing this to me?" Bibi asked, sitting beside a bamboo mat she was weaving outside her mud house in Assam's Fofonga village. "They think I am a Bangladeshi. I was born here, my parents were born here, I am an Indian."