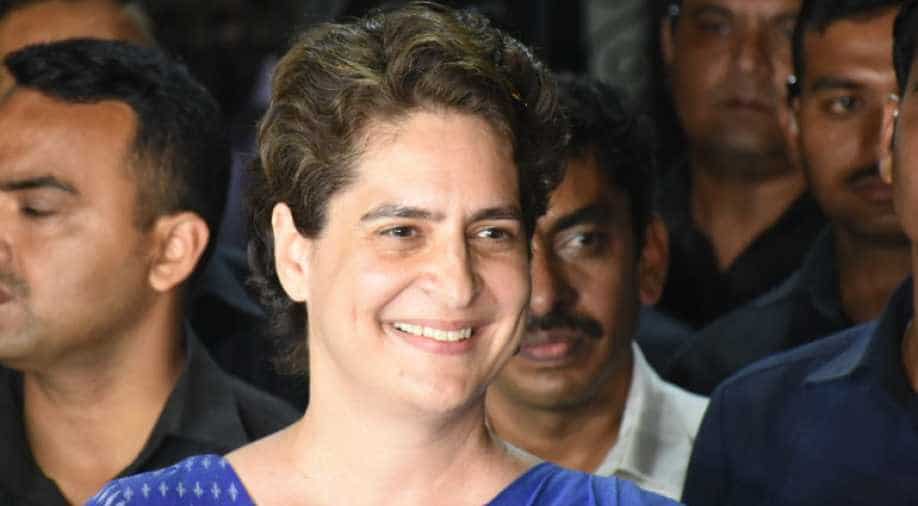 Congress workers who want to see her in a larger and taller role.

During a Congress workers meeting, Priyanka Gandhi Vadra expressed her desire to contest the Lok Sabha elections. Priyanka at present is holding workers meeting in Amethi and Rae Bareli, the Gandhi family bastion.

In one such meeting, a worker asked Priyanka Gandhi to contest the Lok Sabha elections, she shot back, smiling and retorted, "Why not Varanasi?”

This statement has set the cat among the pigeons. Priyanka Gandhi had expressed the same sentiment on Wednesday and answered in response to a question that she would definitely like to contest the Lok Sabha elections if the party fields her. She also added that she is a full-time politician now and there is no looking back. Priyanka Gandhi Vadra is in charge of eastern Uttar Pradesh and handles the party's campaign in the state.

It also raises expectations of Congress workers who want to see her in a larger and taller role. Though Priyanka maintains a low profile lest she overshadows her brother Rahul Gandhi, there is a growing clamour in the ranks to give her a bigger role within the organization.

Sources also informed to WION that Congress would also be organizing 15 to 17 joint rallies of Priyanka Gandhi and Rahul Gandhi in Uttar Pradesh. Some of the places identified are Prayag, Varanasi, Unnav, Saharanpur, Ghaziabad, Kanpur, Lucknow and Kushinagar.

Priyanka Gandhi is on a three-day tour of Uttar Pradesh and would be visiting Ayodhya on Friday. She is also expected to visit the famous HanumanGarhi temple. On Wednesday and Thursday, she will meet booth workers in Amethi and Rae Bareli.