What's on menu for Donald Trump at Rashtrapati Bhavan banquet? 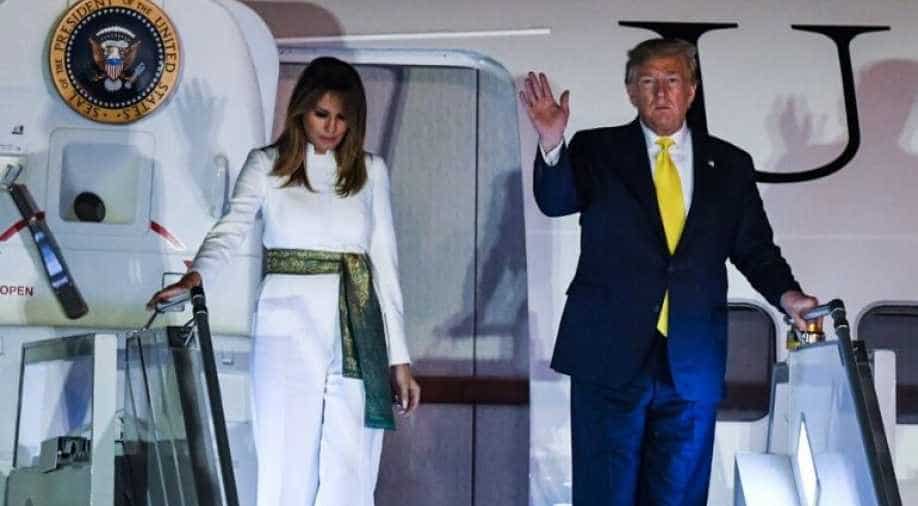 US President Donald Trump and First Lady Melania Trump disembark from Air Force One at Palam Air Force Base in New Delhi on February 24, 2020. Photograph:( AFP )

The US President will begin his dinner with edible-gold-leafed 'amuse-bouche' (french pre-appetizer).

US President Donald Trump will on Tuesday attend the official banquet hosted by President Ram Nath Kovind at the Rashtrapati Bhavan.

What's on the menu for Donald Trump?

The US President will begin his dinner with edible-gold-leafed 'amuse-bouche' (French pre-appetizer).

Lemon coriander soup and Cajun-spiced salmon are also part of the menu.

Hazelnut apple pie with vanilla ice cream and malpua with rabdi (sweet Indian pancake) are part of desserts that the US president will be served.

According to reports, Donald Trump will be received by the President at the Rampurva Bull near the Durbar Hall. More than 100 guests are expected to attend the banquet at the Rashtrapati Bhavan in New Delhi on Tuesday.

Trump arrived on a two-day visit to India yesterday. The US president's packed schedule on the first day of his visit included a stop at Sabarmati Ashram to pay tribute to Mahatma Gandhi which was followed by a joint address of Modi and Trump at the Motera Stadium in Ahmedabad at an event named ‘Namaste Trump’.

The Trumps then proceeded to Agra to visit the Taj Mahal, and reached Delhi later in the day.