Whatever I said was in 'fit of anger', as Governor I should have avoided it: Satya Pal Malik 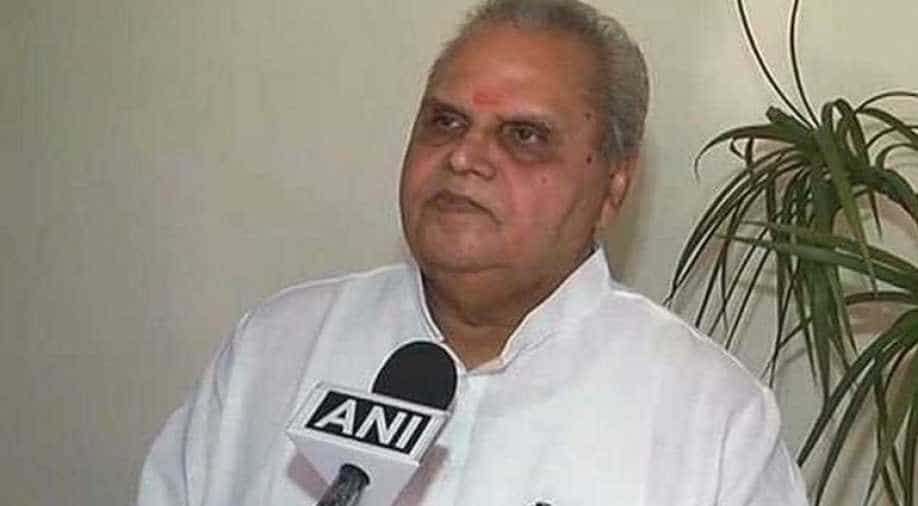 Hitting out at former Jammu and Kashmir Chief Minister and National Conference leader Omar Abdullah, the Governor called him a 'political juvenile'.

A day after he said that terrorists should gun down those who have looted the country and their state, Jammu and Kashmir Governor Satya Pal Malik on Monday said that as a Governor he should have avoided the comment while adding that whatever he said was in a "fit of anger".

"Whatever I said was in a fit of anger and frustration due to rampant corruption. As a Governor, I should not have said this. But if I was not holding this post, I would have said the same and would have been ready to bear the consequences," Malik told ANI.

"Many of the political leaders and top bureaucrats are steeped in corruption here, they are criminals. As a Governor I should have avoided making such a comment, but as an individual, this is what I feel," he added.

Addressing a gathering at the inaugural event of Kargil Ladakh Tourism Festival 2019 at Khree Sultan Choo Sports Stadium Kargil on Sunday, Malik opined that the biggest disease in Jammu and Kashmir is corruption.

"The biggest disease in Kashmir is corruption...These youth with guns, they are killing PSOs and SPOs for no reason, why are you killing them? Kill those who have looted your country and all the wealth from Kashmir, have you killed anyone out of them? Nothing will be achieved by this," Governor had said.

Hitting out at former Jammu and Kashmir Chief Minister and National Conference leader Omar Abdullah, the Governor called him a "political juvenile" after Abdullah criticised him over his statement on Sunday.

"He is a political juvenile who tweets on everything. See the reaction to his tweets and you will find out, go on the streets and ask about him," Malik said.

Earlier, the National Conference leader had taken to Twitter and said that if any politician or bureaucrat is killed in the state then it must be considered as the execution of Governor's order.

"Save this tweet - after today any mainstream politician or serving/retired bureaucrat killed in Jammu and Kashmir has been murdered on the express orders of the Governor of J and K Satyapal Malik," tweeted Abdullah.