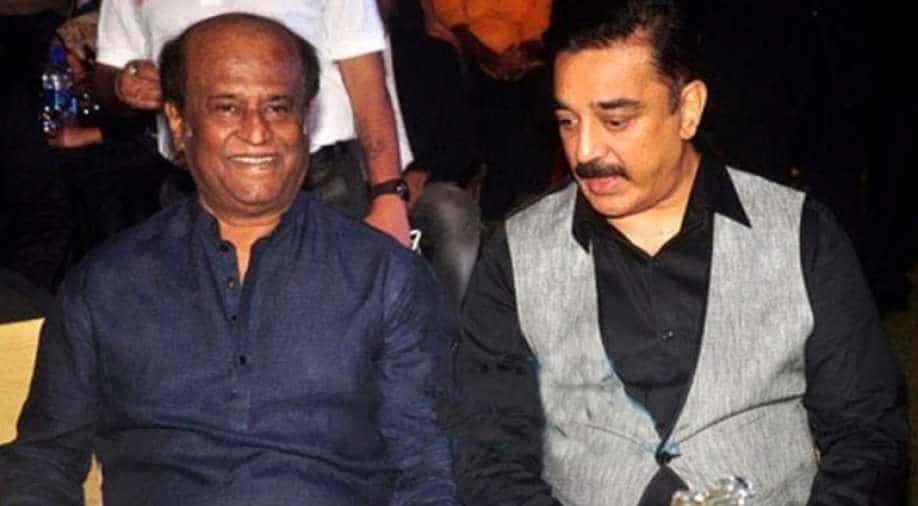 Tamil megastar Kamal Haasan congratulated his colleague and close friend Rajinikanth soon after he announced his entry in politics.

"I congratulate my brother Rajini for his social consciousness and his political entry. Welcome welcome," Kamal Haasan said.

Kamal Haasan had earlier said that he would join hands with superstar Rajinikanth if the latter ever decides to enter politics.

"Let a signal come from here (people). Let him (Rajinikanth) join first. We will talk. Politics for me is joining hands with you. Why wouldn't I join hands with him? In the field, we discuss everything with each other. You think we won't discuss this? Or do you think we will tell you all that we discuss?", the 63-year-old actor had said.

While addressing the Sivaji Ganeshan Memorial event in Chennai in October, Rajnikanth, 67, said that when he asked Kamal Haasan how to be successful in politics, the actor replied: "Come along with me, then I will tell you."

Kamal Haasan, who has taken on the ruling AIADMK government for alleged corruption, shared the stage with DMK leaders at a party event in August. Legendary Tamil actor Rajinikanth was also present at the event, sparking rumours back then that the two leaders were planning to take the plunge in politics.