'I do not come for money or fame, as I have enough of it,' says Rajinikanth as he enters politics 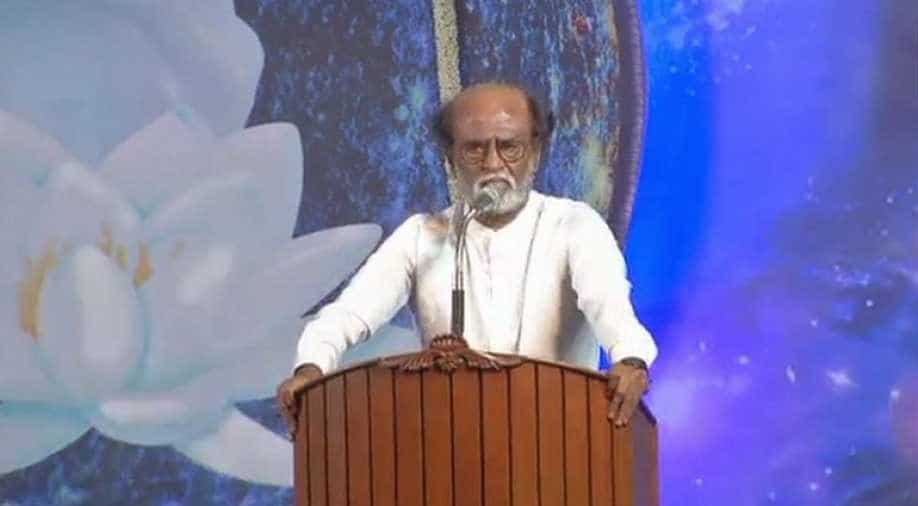 The legendary Tamil actor, who has a cult status in Tamil Nadu, said he will form his own political party in the next assembly elections and contest all constituencies in Tamil Nadu

The legendary Tamil actor, who has a cult status in Tamil Nadu, said he will form his own political party and contest all constituencies in Tamil Nadu in the next assembly elections.

"Anyone who runs away from a fight is known as a coward. Now its time to do my bit for the people. I will launch my own party and stand in all 234 Tamil Nadu constituencies in the next assembly elections," he said.

"Truth, work and growth will be the three mantras of our party," the superstar said.

Rajinikanth said democracy was in bad shape at the moment and he would feel "guilty" if he did not take his decision to enter politics.

He stated that his aim for joining politics is not name, fame or money and that he got all of that from the people of Tamil Nadu and declared that "spiritual politics" needs to be ushered in, sans shades of any caste or religion with transparency.

The superstar talked about bringing about a change in the nation and further talked about how 'politicians are robbing us of our own money on our own land'.

The actor's remark is seen as a reference to the bitter infighting in the ruling AIADMK, allegations of rampant corruption, perceived political instability, and also the tax raids held at premises in the State including those linked to the ruling establishment, notably a Minister and his associates.

Stressing that he knew that launching a party, capturing power and governing was not an "ordinary thing," he said it was akin to extracting pearl from sea.

"This was possible only with the blessings of the God and full support of people," he said and expressed confidence that he will get both of it.

Quoting a shloka from Bhagawad Gita, which stresses the importance of doing one's duty and leaving the result to the Lord, he said "this is the compulsion of time."

"Engage in war, if you win you will rule the nation if you die you will go to heaven. If you go without waging war, they will call you a coward," he said quoting the scripture amid thunderous applause.

He further thanked his fans, Tamil Nadu police and the media for their support and appreciation.

Fans broke out on the streets in celebration upon Rajnikanth's announcement.

Fellow actor Kamal Haasan had also hinted that he was willing to work with Rajinikanth if the superstar ever decided to enter politics.

The 67-year-old star's entry into politics has been debated for about two decades.

On an earlier occasion, while addressing his supporters, he had urged them to be "ready for war" when the time came and said the "system is rotten".