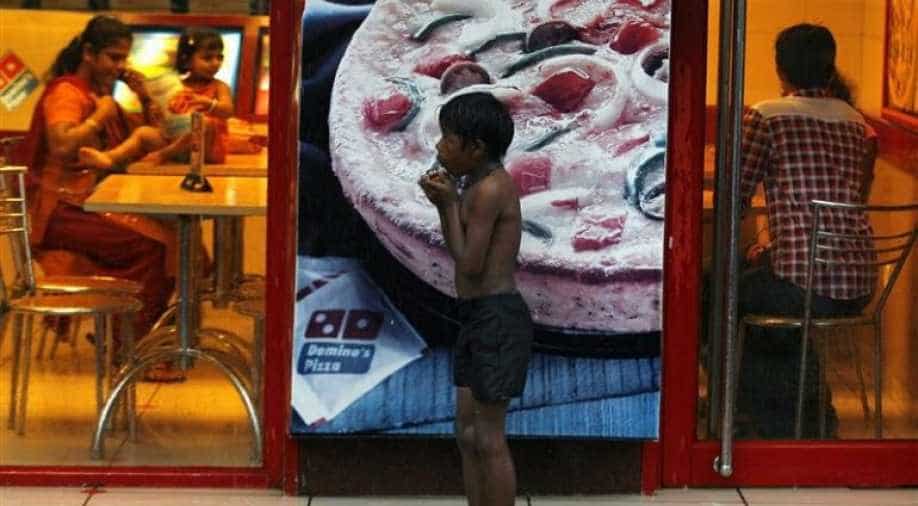 As per the report, global inequality is entrenched and vast, with the number of billionaires doubling in the last decade despite a decrease in their combined wealth in the last year.

India's most affluent 1 per cent control four-times the riches held by 953 million individuals who establish the last 70 per cent of India's populace, though the total wealth of all Indian tycoons are more than the full-year budget, stated a new study on Monday.

Rights group Oxfam released a study 'Time to Care' ahead of the 50th Annual meeting of the World Economic Forum (WEF). Citing research from the World Bank, the report further states that reducing inequality has a more pronounced effect on lowering extreme poverty than economic growth, saying that "Analysis indicates if countries were to reduce income inequality by 1 percent each year, 100 million people would be saved from extreme poverty by 2030."

As per the report, global inequality is entrenched and vast, with the number of billionaires doubling in the last decade despite a decrease in their combined wealth in the last year. "The gap between rich and poor cannot be resolved without deliberate inequality-busting policies and too few governments are committed to these," said Oxfam India CEO Amitabh Behar.

The issues of income and gender inequality are expected to figure prominently in discussions at the five-day WEF summit, starting on Monday. The Annual Global Risk Report warns that downward pressure on the global economy from the macroeconomic fragilities continued to intensify in 2019.

Concerns about inequality root from social unrest in almost every continent, though the catalyst may not always be the same such as corruption, constitutional breaches or the rise in prices for basic services and good, the WEF report claimed.

Although global inequality has declined over the past three decades, domestic income inequality has risen in many nations, particularly in advanced economies, reaching historic highs in some, according to the Global Risks Report.

Oxfam report further stated that "sexist" economies are fuelling the inequality crisis by enabling the wealthy elite to accumulate vast fortunes at the expense of the common man, particularly poor women and girls. As far as India is concerned, Oxfam claims that the combined wealth of 63 billionaires is higher than the Union Budget of India for the fiscal year 2018-19, rated at 24,42,200 crore.

According to the report, a female domestic worker would need 22,277 years to earn the same amount the top CEO of a technology earns in a year. With earnings pegged at Rs.106 per second, a tech CEO stands to make more in 10 minutes than what a domestic worker would make in a year. Women and girls put in 3.26 billion hours of unpaid care work every day - a contribution to the Indian economy of at least Rs. 19 lakh crore a year, 20 times the entire education budget of India for 2019 (Rs. 93,000 crores).

The report also claims that direct public investments in the care economy of 2 per cent of the GDP could potentially create 11 million new jobs, compensating for the 11 million jobs lost in 2018.

Mr Behar stated, "unpaid care work is the 'hidden engine' that keeps the wheels of our economies, businesses and societies moving. It is driven by women who often have little time to get an education, earn a decent living or have a say in how our societies are run, and who are therefore trapped at the bottom of the economy."

Oxfam accused governments of failing to collect revenues that could help lift the responsibility of care from women, tackling poverty and inequality and under-taxing the wealthiest individuals and corporations.

Governments are also underfunding vital public services and infrastructure that could help reduce the workload of this demographic, the report said. As per the global survey, 22 richest men in the world have more wealth than all the women in Africa.

Women and girls undertake 12.5 billion hours of unpaid care work every single day, which contributes to the global economy of at least USD 10.8 trillion a year - three times the size of the global tech industry. If the richest were to pay 0.5 per cent of extra tax on their wealth over the next 10 years, it would equal the investment needed to create 117 million jobs in sectors such as child care, education, health and elderly care.

Prioritising care as much as other sectors is a must for governments to build economies that work for everyone, not just a fortunate few, Mr Behar said. Oxfam claims that its calculations are based on the latest data sources available, citing research from the Credit Suisse Research Institute's Global Wealth Databook 2019 and Forbes 2019 Billionaires List.