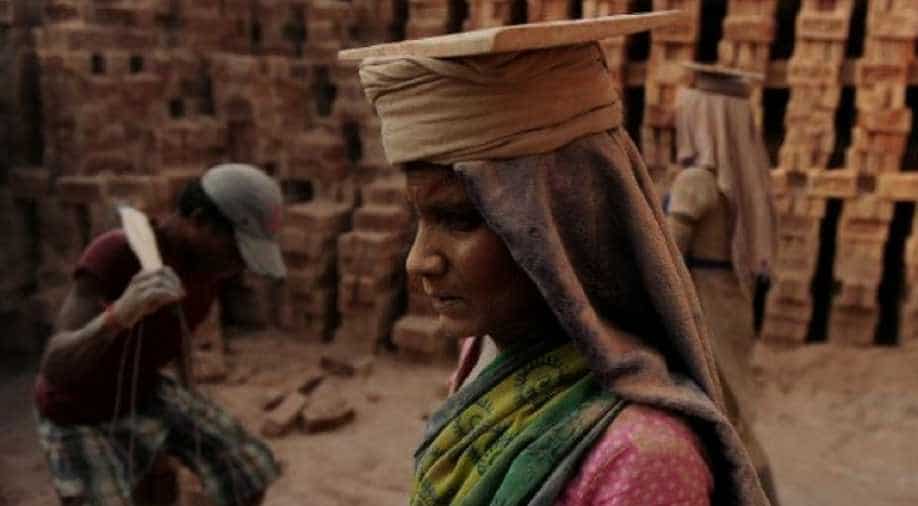 In comparison, men spend only 29 minutes in urban and 32 minutes in rural areas on unpaid care work.

Unpaid work done by women across the globe amounts to a staggering $10 trillion a year, which is 43 times the annual turnover of the world's biggest company Apple, an Oxfam study said Monday.

In India, the unpaid work done by women looking after their homes and children is worth 3.1 per cent of the country's GDP. Women spend 312 minutes per day in urban areas and 291 minutes per day in rural areas on such unpaid care work, it added.

In comparison, men spend only 29 minutes in urban and 32 minutes in rural areas on unpaid care work.

The report, released by the international rights group before the start of the World Economic Forum (WEF) Annual Meeting in this Swiss ski resort town, also said women and girls are hardest hit by rising economic inequality, including in India.

Oxfam said inequality has a "female face" in India, where women are less likely to have paid work when compared to men, while even among the richest there are only 9 women in the country's 119-member billionaires club.

The paid work women do bring them less earnings as compared to men due to the existing wage gap and therefore households that rely primarily on female earners tend to be poorer, it said, referring to the country's gender pay gap at 34 per cent.

It observed that various intersections of caste, class, religion, age and sexual orientation have further implications on women inequality as a process.

The Oxfam study also referred to India's poor 108th ranking on the WEF's Global Gender Gap Index of 2018, saying it was 10 notches less than in 2006 and far below the global average and behind its neighbours China and Bangladesh.

Oxfam said India has many laws that deal with violence against women, but their implementation remains a challenge, including due to a deeply patriarchal society.

It said a law to deal with sexual harassment at workplace was passed in 2013 after a struggle by women's rights organisations and group of lawyers for 17 years, but it is the recent #MeToo movement in India that has opened the doors for the organised workforce to ensure that mechanisms are in place and due process is followed.

Oxfam said a large majority of women are in the informal sector that does not have any formal mechanisms for dealing with sexual harassment. Consequently, where there is an option, women drop out of the labour force, else continue under exploitative conditions.

Citing a 1,000-household survey undertaken in the states of Bihar, Jharkhand, Chhattisgarh and Uttar Pradesh, Oxfam said 53 per cent of those surveyed said it was acceptable to harshly criticise a woman if she failed to care well for the children and 33 per cent felt it was acceptable to even beat a woman for this reason.

Besides, 42 per cent said a woman should be beaten if she failed to fetch water or fuelwood for her family and 65 per cent felt she deserved to be criticised harshly.

A whopping 54 per cent felt it was okay to beat a woman if she left the house without asking and 86 per cent felt she should be criticised harshly for doing so.

"It is understood that a woman's primary role is to take care of the house and her family and any income-generating work is secondary to this role," it added.

The study also found that cutting taxes on wealth predominantly benefits men who own 50 per cent more wealth than women globally and control over 86 per cent of corporations.

Conversely, when public services are neglected, poor women and girls suffer the most.

"Girls are pulled out of school first when the money is not available to pay fees, and women clock up hours of unpaid work looking after sick relatives when healthcare systems fail," it said.

Oxfam International Executive Director Winnie Byanyima, one of the key participants at the WEF summit, said, "While corporations and the super-rich enjoy low tax bills, millions of girls are denied a decent education and women are dying for lack of maternity care."

The alliance is organising events in over 30 countries from January 18-25, around the same time as the WEF meet in Davos.