We stand with Bihar, Centre will do everything possible to provide relief: Ravi Shankar Prasad 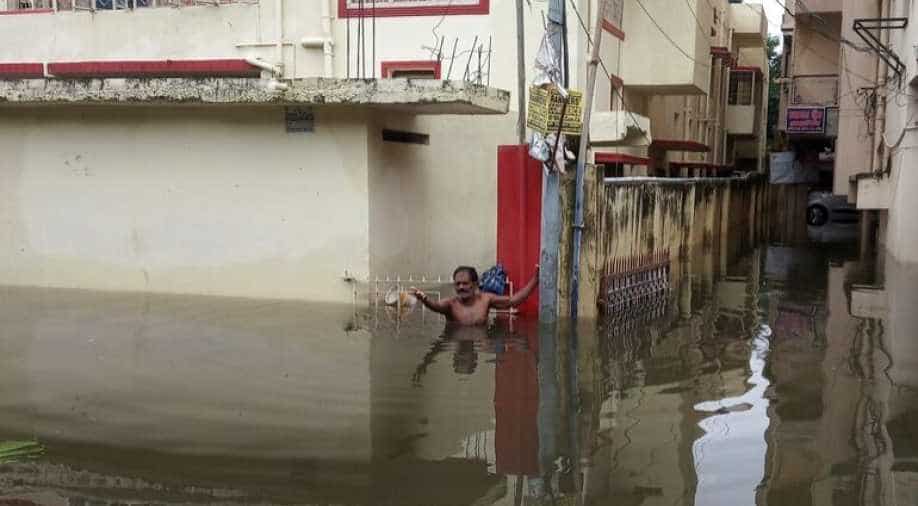 Several areas of Patna are witnessing severe waterlogging with locals wading about in knee-deep water in several areas.

Union Minister Ravi Shankar Prasad on Monday said that the Centre will extend all support to the Bihar government to provide relief to people in Patna and other parts of the state, which has been battered by heavy rain and flooding that claimed the lives of at least 29 people.

Speaking to media, Prasad, who is here to take stock of the situation said, "We are with the Bihar government and people of the state. The Centre will work along with the state government and do everything possible to help the flood-affected in the state and in Patna."

One helicopter has reached the city and another is set to arrive from Gorakhpur to provide relief materials, he said.

Several areas of Patna are witnessing severe waterlogging with locals wading about in knee-deep water in several areas. Five teams of National Disaster Response Force (NDRF) have been deployed in Rajendra Nagar and Kankarbagh areas of Patna to assist people facing difficulties.

Prasad, the Lok Sabha MP from Patna Sahib, said, "I have had meetings with our MLAs and officials. I am informed that all gates of Farakka Barrage have been opened and we have asked for bigger pumps from Coal India, which will be made available to remove the floodwater."

"I was told to pump out water it is better, that Coal India sends its big pumps. Regarding this, I spoke to Union Coal Minister Prahlad Joshi and a big pump is coming from coal fields in Chhattisgarh," he said.

The state government had requested the Indian Air Force (IAF) for two helicopters for lifting and airdropping food packets and medicines, in the flood-affected areas of the region.

The union minister said that he had asked Cabinet Secretary for an Air Force plane to carry the pump.

"I also spoke to Defence secretary Ajay Kumar and one helicopter has reached while another one is coming from Gorakhpur so that people are provided food and candles," he said.

The Union Minister further said that he empathised with the people and that due to the massive rainfall the level of Ganga had risen. "I know there are a lot of difficulties but we are standing with the people. I am going into the fields to see where pumps are placed. The administration and municipal corporation are doing their best. The relief and rescue efforts are going on," he said.

"Just like Bihar Chief Minister Nitish Kumar has said, we need to be patient as this is a natural calamity and its solution will have to be worked out," he added.

BJP MLA Arun Sinha said, "We are continuously monitoring the situation." However, he added, "Since there is a lack of support from the administration so Ravi Ji (Ravi Shankar Prasad) came here."

According to the Bihar State Disaster Management Authority, till now, 29 people have died in the state due to rainfall.

Dewatering machines have also been sought by state to provide relief in the flood-affected areas.

Chief Minister Nitish Kumar on Sunday afternoon visited the severely flooded areas of the state capital and issued necessary instructions to the officials for resolving the issue.