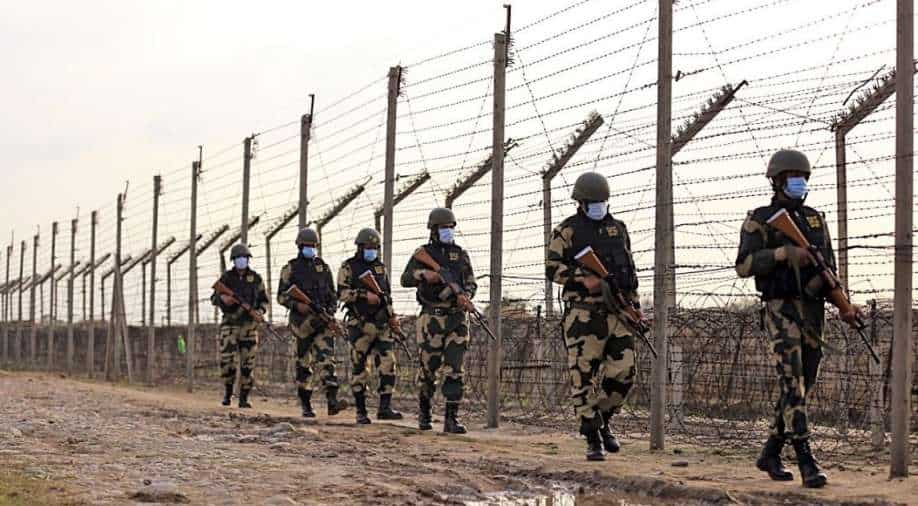 Border Security Force (BSF) patrol at the International border ahead of Republic Day celebrations, in Jammu on Monday. Photograph:( ANI )

Ahead of India's 73rd Republic Day celebrations, the country's Border Security Force IG DK Boora said that the forces have received some input, adding that they are on high alert. He further assured the nation that there is nothing to fear.

On Monday (January 24), Boora said, "During this period, almost every time, there is stress on the security situation along the border."

However, he stressed the point that the forces are ready to meet all the challenges and "preempt the nefarious designs" of anti-national elements.

"We have got some input from the intelligence department. But we are very alert on and along the border including LC. We have heightened our vigil on the border," he added.

A maximum number of troops and officers are present on the border, Boora informed during her address.

The IG said that they are "extensively carrying out operations including the anti-drone exercises" and will do everything to ensure the safety of the people.

"We are extensively carrying out operations, anti-drone exercises and I am very confident that the militants will not succeed in whatever plans they have made. I can assure our population that they have nothing to fear. We will do everything that it takes to ensure the safety and security of our people," Boora said.