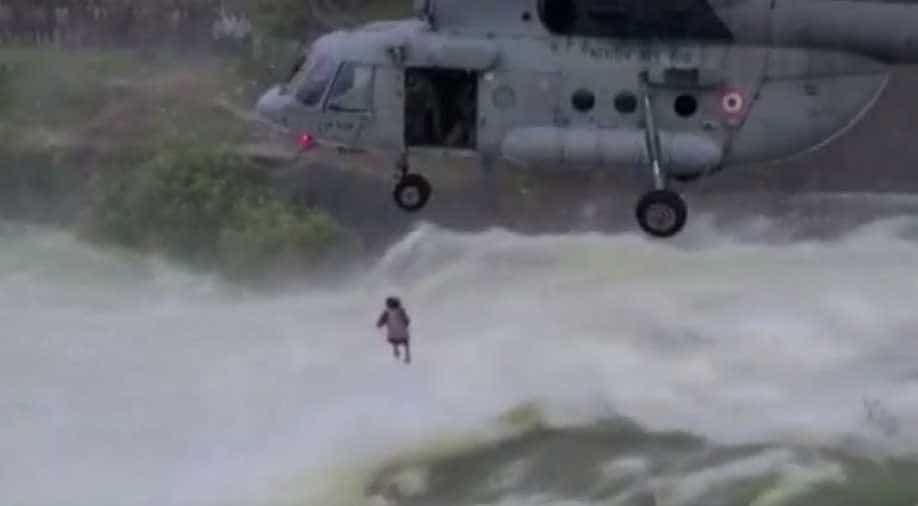 Amid heavy rains with water levels rising to unimaginable levels, Indian security officials on Monday successfully rescued a man who was stranded at an overflowing dam in the central Indian state of Chhattisgarh.

As per a police official, Jitendra Kashyap apparently jumped into the weir (constructed to remove excess water) of Khutaghat dam in Bilaspur on Sunday evening and got swept away in the strong current.

After waiting for over 12 hours sitting on a rock and clutching a tree, the Indian Air Force (IAF) was called in to carry out the rescue work, said Inspector General, Bilaspur Range, Chhattisgarh Police, Dipanshu Kabra.

The IAF personnel then flew Mi-17 helicopter early on Monday and completed the rescue operation in around 20 minutes.

A police official said that the man has been hospitalised in Raipur where his condition is said to be stable.

In many parts in the country, floods are causing massive devastation and the Chhattisgarh government on Sunday also issued directives to district officials to remain alert over a possible flood-like situation.

Chief Minister Bhupesh Baghel asked all district collectors and superintendents of police to remain alert in view of the continual rains.