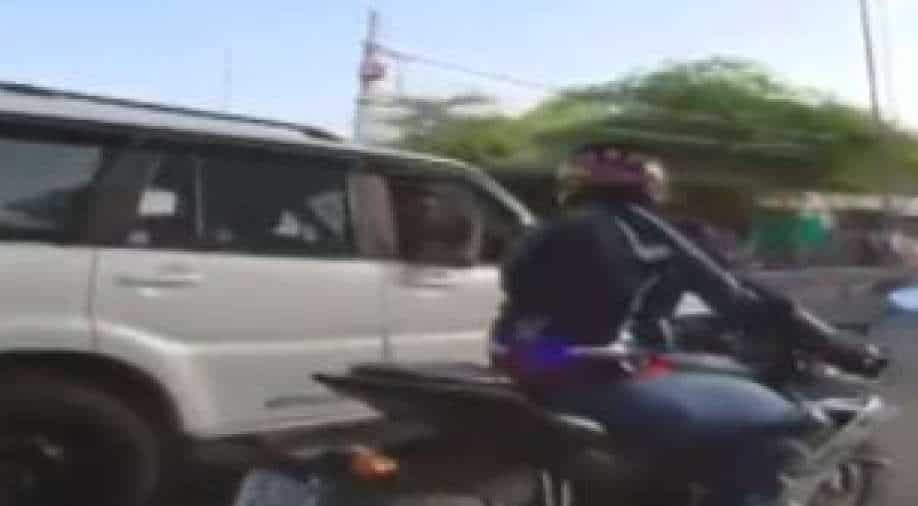 The incident took place near a metro station in Argan Garh in New Delhi and it was caught on camera.

A road rage case incident occurred in the national capital as a car hit a biker after both drivers got into a verbal spat.

The incident took place near a metro station in Arjan Garh and it was caught on camera. The video shows a biker involved in a verbal spat with an SUV driver with his biker group driving alongside.

#WATCH | A man hit a biker with his four-wheeler following a heated verbal exchange with the biker group, near Arjan Garh metro station in Delhi. (05.06)

Police say they've taken cognisance of the matter & investigation is on.

After that the biker drove past the SUV, however, a few seconds later the speeding car crashed past the bikes and sped away from the scene.

Reports say the biker did not suffer any major injury. The Delhi Police have launched an investigation into the incident. Reports say the driver has been booked under attempt to murder case. The incident had taken place on Sunday.

The biker 20-year-old Shreyansh said he was returning from Gurugram when the heated verbal exchange took place and the car driver hit him.