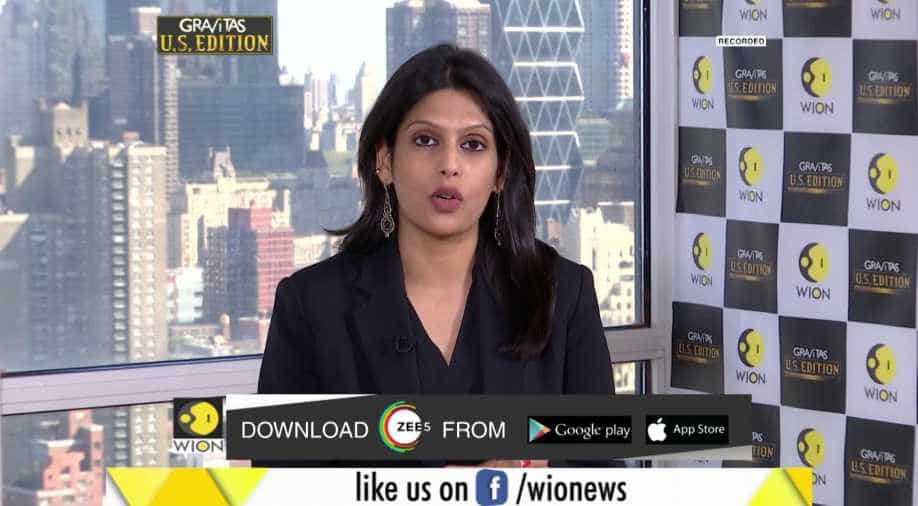 At the media centre of the United Nations, WION's Palki Sharma Upadhyay saw what could aptly be called the future of packaged drinking water - no more plastic bottles!

At the United Nations, Prime Minister Narendra Modi reiterated his commitment to stop the use of single-use plastic. In a special report, WION's Executive Editor Palki Sharma Upadhyay takes a look at the many ways the United Nations aims to avoid plastic use.

Climate change has been at the forefront of India's agenda at the United Nations General Assembly. The Indian prime minister has taken leadership position on the issue. PM Modi has spoken about sustainable development and climate action in India as well and talked about giving up the use of single-use plastic altogether.

When such conversations begin at the United Nations, it is obvious for a tangible change to reverberate through the UN premises. At the media centre of the United Nations, WION's Palki Sharma Upadhyay saw what could aptly be called the future of packaged drinking water - no more plastic bottles!

No plastic at UN

"At the United Nations, we didn't see plastic water bottles, we came across boxed water, the package read, "boxed water is better". It is sustainable, thoughtful and pure," Palki Sharma Upadhyay reported from New York.

The second option to plastic water bottles that WION came across was called "Ever & Ever" - drinking water packaged in recyclable aluminum bottles.

"Thanks to those who recycle, 75 per cent of all aluminum ever produced is still in use. When used properly and recycled, this water may go on to become wind chimes, a flag pole, a filing cabinet, a pin-tie, and the Ever & Ever once again," as mentioned on the product website.

As per a report published by an environmental watchdog, WorldWatch, in the year 2015, "Some 299 million tons of plastics were produced in 2013, representing a 4 per cent increase over 2012. Recovery and recycling, however, remain insufficient, and millions of tons of plastics end up in landfills and oceans each year".

"According to the United Nations Environmental Program, between 22 percent and 43 percent of the plastic used worldwide is disposed of in landfills, where its resources are wasted, the material takes up valuable space, and it blights communities," the report stated.

Interestingly, there have been many attempts to thwart the growing human dependence on the world of plastic.

A German startup called the Leaf Republic creates durable, bio-degradable cutlery from waste leaves. The leaf-based cutlery is free from artificial agents and chemicals. The leaves are procured from wild vines of South America and Asia. A single plate comprises three layers, sewn and put together using palm fibres.

The waterproof leaf-based cutlery is washable can be used again. The plates, when discarded, take around a month to get decomposed completely.

Ooho, 'edible water bottles' were put on trial in April 2017 in London, UK. Tiny balls of water are, in reality, ice dipped in a mix of algae and calcium chloride. The entire ball of water can be gobbled down as it is, the product is completely digestible.

"The aim of Ooho is to provide the convenience of plastic bottles while limiting the environmental impact," Skipping Rocks Lab.

So, the next time you reach out to plastic water bottles, think of the alternatives you already have available in the market.