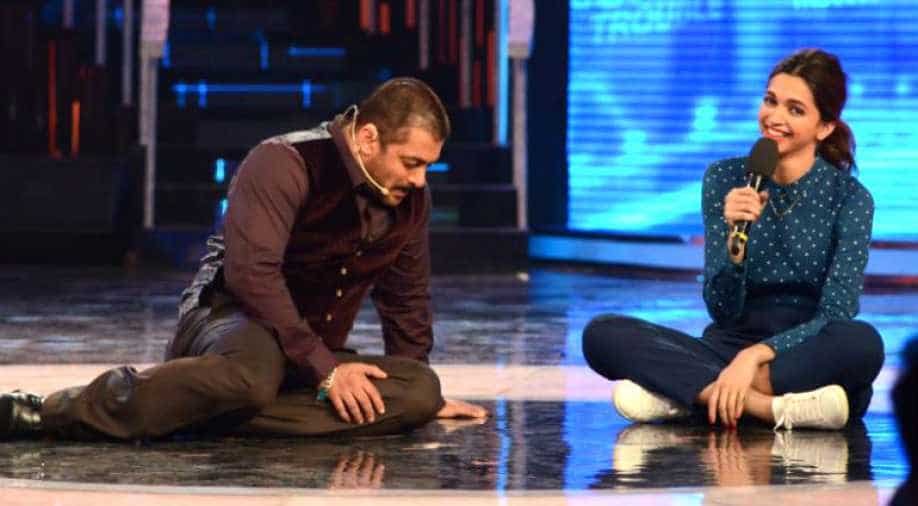 File photo of Deepika Padukone and Salman Khan on the sets of Bigg Boss. Photograph:( Others )

Deepika's statement perhaps was directed towards Salman Khan, who in February, had termed Depression as a luxury that he can't afford. The actor had said, "I see a lot of people going on vacations, but I cannot afford that luxury of taking a vacation. I see a lot of people getting depressed and emotional, but I can't afford that luxury of being depressed or sad or emotional because no matter what I am going through, it works against me."

Taking a firm stand on her campaign on mental health, Deepika said, "I want to clarify that it can happen to anybody from any field, irrespective of their socio-economic background. Depression is sometimes perceived as a luxury. People think that those who have too much time or money get into depression. I think it is very important to break that myth."

The actress was backed by several of her fans on Twitter who supported her statement and condemned Salman's statement.

Salmon and his fans can learn a thing or two from Deepika.

Back in February, Salman's comment had drawn a lot of criticism.

can you believe salman khan said that depression is a luxury that he can not afford and y’all will find a to say "but he’s a mega super star", depression is not a joke, it’s a serious illness and this man makes a joke of it? I can’t pic.twitter.com/pPG1NwMstK

While Deepika did not take anyone's name, it sure looks like the actress was aiming to clear misconceptions around mental health. Hope Salman is listening.