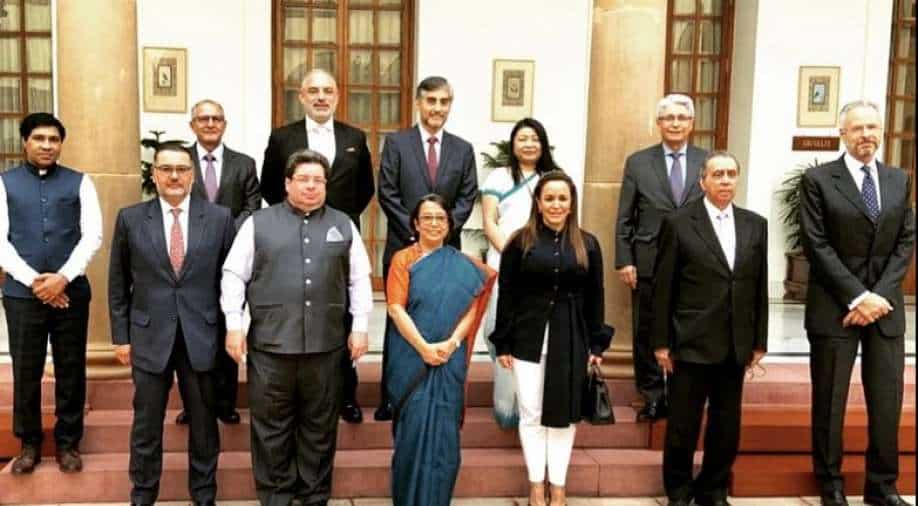 This is the first in-person meeting of most of the envoy of the Latin American countries with the new secretary East. Photograph:( Others )

Ministry of External Affairs on Monday hosted a lunch for Latin American envoys during which the focus was on New Delhi's outreach to the region and ties can be further strengthened. The lunch was hosted by Secretary East Riva Ganguly Das and saw the participation of envoys of several countries like Venezuela, Mexico and Brazil.

Brazilian Ambassador Aranha Correa do Lago told WION, “It was a great pleasure to be reunited with her since we had worked together at the Johannesburg Summit for Sustainable Development in 2002. I am thrilled that we will work together again, this time to make the Brazil-India relationship even stronger and more diverse.”

This is the first in-person meeting of most of the envoy of the Latin American countries with the new secretary East.

Venezuelan Envoy Coromoto Godoy told WION, "A wonderful interaction during lunch with the new Secretary East. She had this warm gesture of inviting us for lunch to meet all head of missions personally and to reiterate MEA’s interest in working closely with our region."

Adding, "A very experienced diplomat with a solid career that makes us predict she will achieve great success as Secretary East. Undoubtedly an example of the excellence of women in Indian diplomacy."

India has been reaching out to Latin America, a number of high-level visits have happened from India including that of PM Modi to Brazil for Brics, Argentina for G20 and Mexico for a bilateral visit in 2016.