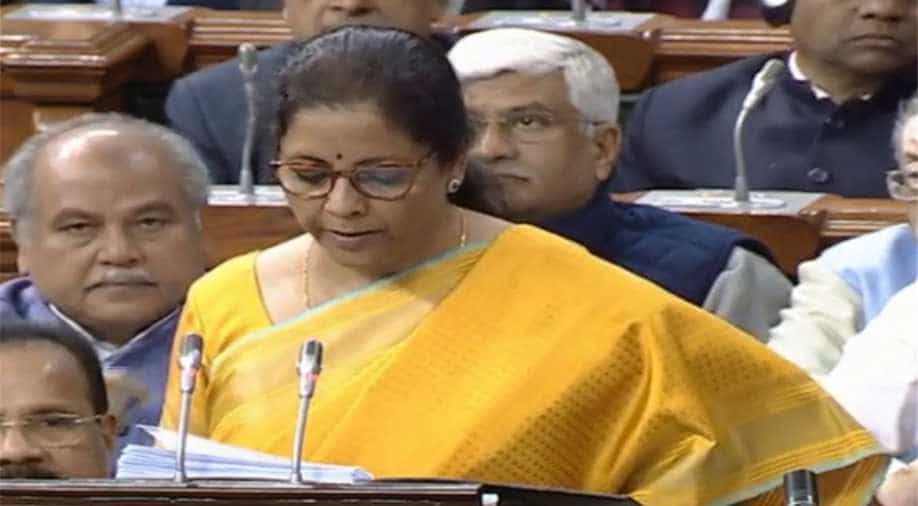 Finance Minister Nirmala Sitharaman on Saturday said that she wanted to place money in the hands of the people, especially the middle class and lower-middle classes, in order to increase the spending capacity.

Addressing the post Budget press conference, she said she wanted to simplify the income tax process and increase compliance.

Commenting on her long budget speech, she said ''I agree that my budget speech was lengthy but in the speech, I had focussed on and spoken about the schemes for employment for the youth, as well as benefits to them''.

Elaborating on the budget, she said, "To improve consumption demand, private investment, and public spending and since revenue side could not be pressed further, without violating FRBM (Fiscal Responsibility and Budget Management), we had to relax fiscal deficit target by 0.5%."

''Corporate tax cut and benefit derived by new companies, as well as improved GST collections will improve revenue generation and give the comfort to bring down fiscal deficit next year, with disinvestment too improving,'' she said on corporate tax cuts.

Earlier today, during her budget speech, Sitharaman had said, "Around 70 of more than 100 income tax deductions and exemptions have been removed, in order to simplify the tax system and lower tax rates."

India-Philippines Brahmos pact: A deal that sends message to China