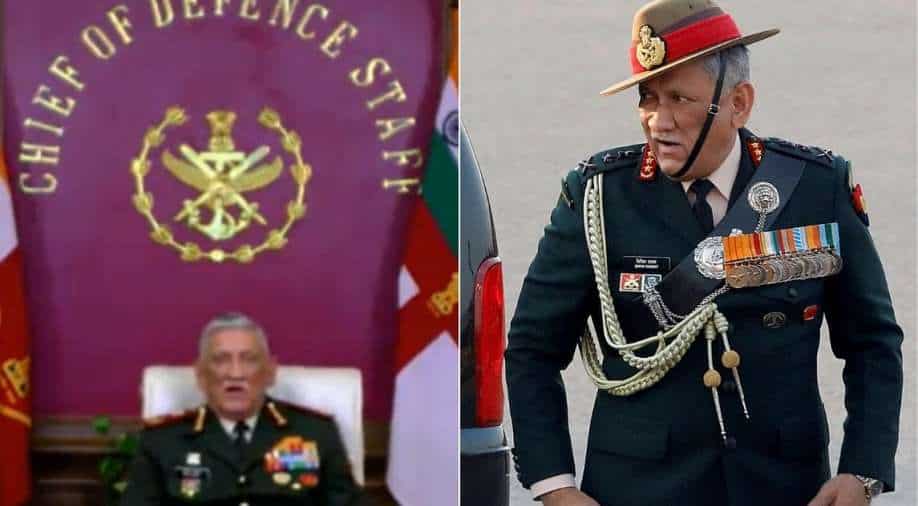 The Indian Army on Sunday (December 12) released a 1.09-minute video clip in which Gen Rawat greeted the armed forces personnel and paid tributes to the fallen heroes

In a pre-recorded message, India's first Chief of Defence Staff Gen Bipin Rawat, who lost his life in a chopper crash on Wednesday (December 8), greeted the Armed Forces of India. CDS Gen Bipin Rawat, his wife Madhulika Rawat and 11 other senior officials died in the helicopter crash.

The Indian Army released a video, which was recorded on a day before the tragic accident, as mentioned by news agency ANI.

On the occasion of the 50th anniversary of the 1971 war against Pakistan, the Indian Army on Sunday (December 12) released a 1.09-minute video clip in which Gen Rawat greeted the armed forces personnel and paid tributes to the fallen heroes.

The video that has left the nation emotional was also played at the inaugural event of the 'Vijay Parv' celebrations at the Indian Gate complex, which was attended by Indian Defence Minister Rajnath Singh.

Around 93,000 Pakistani troops had surrendered before the joint forces of the Indian Army and the 'Mukti Bahini' on December 16, 1971, that paved way for the birth of Bangladesh.

Here's what he said:

"I am extending heartfelt greetings to all the brave soldiers of Indian armed forces on the occasion of Swarnim Vijay Parv. We are celebrating the 50th anniversary of the victory in the 1971 war as the Vijay Parv," Gen Rawat said in the pre-recorded message.

"We invite all countrymen to participate in the Vijay Parv," he added.

CDS Gen Rawat and his wife were cremated together on the same pyre with full military honours, with a 17-gun salute fired in New Delhi on December 10.