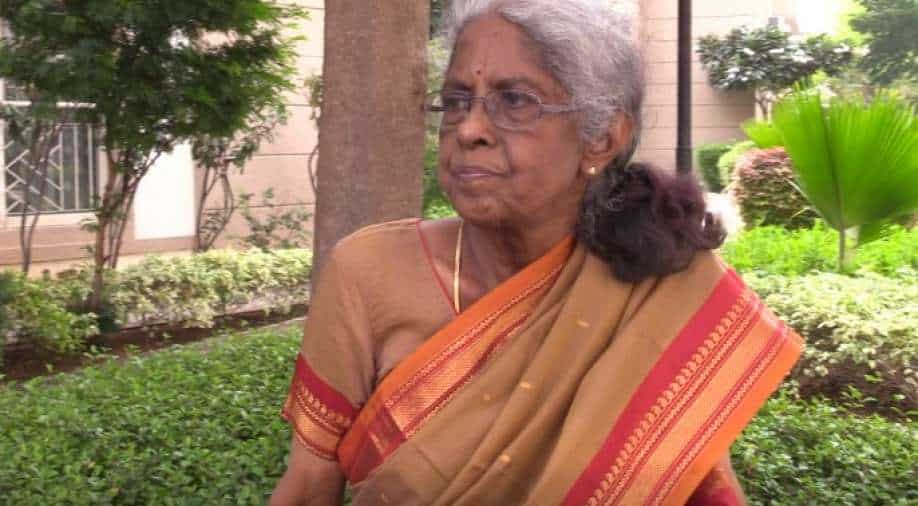 A US senator from California, Harris has a track record of shattering glass ceilings. She served as San Francisco’s first female district attorney and was California's first woman of colour to be elected attorney general.

Kamala Harris made history on Saturday with her election as Joe Biden's vice president, becoming the first woman, first Black American and first Asian American to win the second highest US office.

Edison Research and the major US television networks on Saturday projected their victory, based on unofficial final results, even though the incumbent president, Republican Donald Trump, vowed to continue fighting in courts.

A US senator from California, Harris has a track record of shattering glass ceilings. She served as San Francisco’s first female district attorney and was California's first woman of colour to be elected attorney general.

Harris, whose mother and father emigrated from India and Jamaica, respectively, had her sights set on becoming the first woman US president when she competed against Biden and others for their party's 2020 nomination.

Also read | Slated to be first woman US vice-president, Harris vows 'will not be the last'

Biden looked beyond some of the harsh words Harris had for him in that campaign to name her his running mate in August. She has proven to be a valuable and polished stand-in, appealing especially to women, progressives and voters of colour, all critical to the party’s election hopes.

Kamala Harris' aunt Dr Sarala Gopalan has only wonderful things to say about her.

"She has always been a nice and caring child. She was fond of everybody. I am very happy and thrilled that she has scripted history. We all are very happy," she told WION, in an exclusive conversation, on Sunday.

Harris has always been vocal about the kind of impact her mother's upbringing had had on her. Dr Gopalan too sees the same streak of rebellion she saw in her sister, Shyamala.

"My sister was a rebel. At the age of 18, she applied for a scholarship at Berkeley [University] without telling anyone. It was only after she got a full paid scholarship that she told our parents. She was a strict mother; she taught Kamala values. She taught her to fight for everything. I see the same streak of rebellion in Kamala. Shyamala would have been very happy to see Kamala rise to this position. Unfortunately, she died very young," she said, adding, "I was in California when Kamala had decided to contest for the post of DA. I knew then she wanted to get somewhere. She then became an attorney general, then a senator, and now this [vice president-elect]."

Harris has shown herself to be a team player, taking on a lower-profile role and holding virtual and in-person political events that sometimes drew little news coverage, while often speaking in terms of what Biden would do for the country if elected and making an impassioned case against Trump.

Kamala is a diamond, her aunt told WION.

Kamala Harris' maternal grandfather also had a major impact on how she perceived ambition.

"My father was a wonderful man. In 1958, he could send his 18-year-old daughter to America -- which no South Indian father would think of doing," Dr Gopalan told WION.

Asked on "60 Minutes" last month why, given Biden's age, he believed Harris would be ready to step into the presidency if something happened to him, the presidential candidate rapidly fired off five reasons.

"Number one, her values. Number two, she is smart as a devil, and number three, she has a backbone like a ramrod. Number four, she is really principled. And number five, she has had significant experience in the largest state in the Union in running the justice department that’s only second in size to the United States Justice Department. And obviously, I hope that never becomes a question," he said.

Harris is widely seen as an obvious candidate for the Democratic Party nomination in 2024 should Biden, who will be 78 at their inauguration on January 20, decide not to seek a second term.

Kamala Harris is married to attorney Douglas Emhoff, who has been a fixture on the campaign trail. His two children from a previous marriage refer to their stepmother as "Momala."

(with information from Reuters)