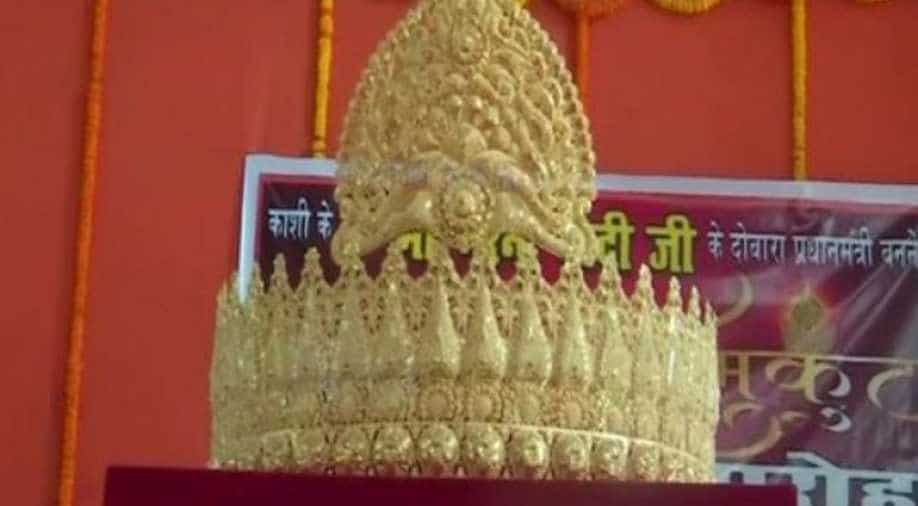 The fan identified as Arvind Singh made the offerings at the revered temple on Monday, a day before the Prime Minister's birthday. Photograph:( ANI )

The fan identified as Arvind Singh made the offerings at the revered temple on Monday, a day before the Prime Minister`s birthday.

Singh said that he had taken a pledge to offer the gold crown to Lord Hanuman if the Prime Minister Narendra Modi, who represents Varanasi parliamentary constituency, returns to power at Centre for a consecutive second-term.

"Ahead of the Lok Sabha polls, I took a vow to offer gold crown weighing 1.25 kg to Lord Hanuman if Modi ji formed the government for the second time," he told ANI.

"He is the one who is building the nation in a way that was not done in the last 75 years. So it was decided that this crown would be offered to Lord Hanuman a day before his birthday with faith that Prime Minister Modi`s and India`s future would shine like gold. It is a gift for him on behalf of Kashi people," a priest said.

He will be celebrating his birthday in the state.

The BJP is celebrating Prime Minister Modi`s birthday as `Seva Saptah` from September 14 to September 20.

The party has announced that several social initiatives will be undertaken by the party leaders across the nation during this week-long period.