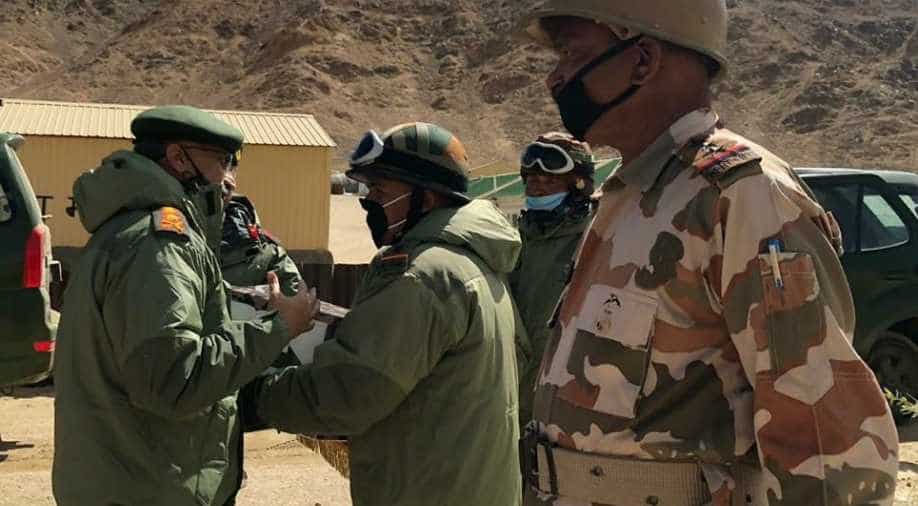 According to data shared by the defence ministry in the Indian Parliament in the month of March, 33,003 positive cases were detected in the Army

Top officials have said 90-95 per cent of the Indian Army has been vaccinated with the first dose of vaccines. Field formation has been given priority during the entire campaign. Approximately 50 to 55 per cent of the forces have been vaccinated with the second dose. Field formation was given priority during the vaccination drive.

An official aware of the developments said, "no let-up was done when the country was easing up, the mandatory quarantine period was being followed".

According to data shared by the defence ministry in the Indian Parliament in the month of March, 33,003 positive cases were detected in the Army, 8,159 in the Air Force, and 3,604 cases reported in the Navy. The Army reported the death of 81 personnel, the Air Force reported 36 deaths and the Navy reported two deaths due to COVID-19.

Meanwhile, as cases surged in the country amid the second wave of the coronavirus pandemic, senior-most Army officers in every state have been asked to interact with civil counterparts to deal with the situation.

Defence Minister Rajnath Singh earlier today chaired a meeting through video conference to review the COVID-19 situation. The meet was attended by all the Service Chiefs, CDS, all Secretaries, DRDO Chairman and DG AFMS.

India began its vaccination drive in January and in the first phase frontline workers were prioritised.