Uttar Pradesh Assembly elections 2022: All you need to know about phase-I voting 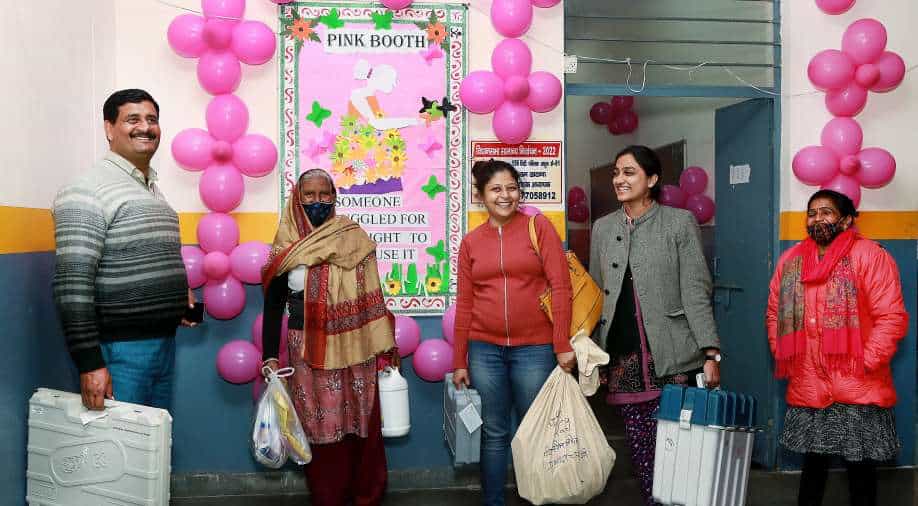 The most populous state will witness a four-way battle between the ruling Bharatiya Janata Party (BJP), against Samajwadi Party (SP), the Bahujan Samaj Party (BSP), and the Congress party

The first phase of the polling is scheduled to take place in 58 assembly seats spread across 11 districts in the western part of the state.

The most populous state will witness a four-way battle between the ruling Bharatiya Janata Party (BJP), against Samajwadi Party (SP), the Bahujan Samaj Party (BSP), and the Congress party.

For the 58 seats, including the nine reserved seats, a total of 623 candidates would be contesting, for which around 2.27 crore people would be voting in this phase.

The first phase will cover the Jat community-dominated belt of the western UP from where farmers had participated actively in the protest against the Centre's three agri laws in the national capital Delhi.

The voting will be held between 7 am and 6 pm. The counting of votes will take place on March 10.

The polling will be held using COVID-19 safety protocols and the guidelines as issued by the Election Commission.

While voters are required to wear masks, maintain social distance and use sanitiser during voting, the election officials will also be given a Covid kit to conduct the election smoothly.

Thermal scanning of all persons will be carried out before allowing them to enter the EVM room. The election commission may reserve the last one hour of the polling for COVID positive voters.

The exit poll for the Uttar Pradesh assembly elections will be declared on March 7 after the conclusion of the last phase of polls in UP.