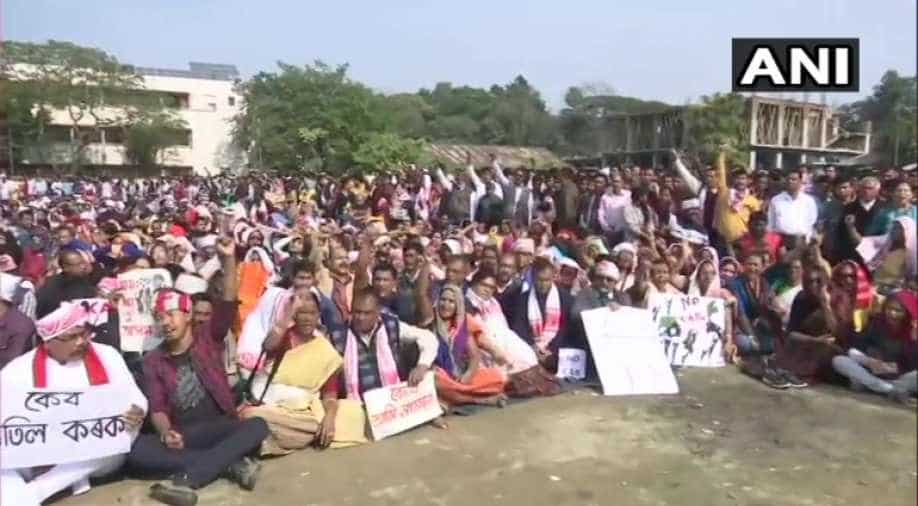 'Protests have also been reported in other parts of the country. The US government has temporarily suspended official travel to Assam,' the release read.

The United States on Friday issued a "travel alert" for its citizens travelling to the Northeast states of India.

The alert comes as the region faces massive protests over the Citizenship Amendment Act, 2019.

"US citizens in the northeastern states of India should exercise caution in light of media reports of protests and violence in response to the approval of the Citizenship (Amendment) Bill. Government curfews are in place in some areas. Internet and mobile communications may be disrupted," the official advisory issued by US Embassy and Consulates in India read.

"Protests have also been reported in other parts of the country. The US government has temporarily suspended official travel to Assam," the release further added.

Unrest has gripped India's northeast against the bill. Two people lost their lives in police firing as the mob continued to protest, opposing the Bill that seeks to grant citizenship to non-Muslim migrants from Afghanistan, Bangladesh and Pakistan.

On Friday, Congress party moved to the Supreme Court, claiming that the Act violates Article 14 of the Constitution.

Meanwhile, protests in the northeastern states of India continue against the Citizenship (Amendment) Act, 2019.

As many as 26 Army columns have been deployed in Assam to support the Central Armed Police Forces (CAPF) to handle the situation there, news agency ANI reported.

On Thursday two people were killed in police firing in the northeast as the mob continued to protest the Act. The Citizenship Amendment Bill, 2019 turned into an Act after President Kovind gave his assent on late Thursday night.