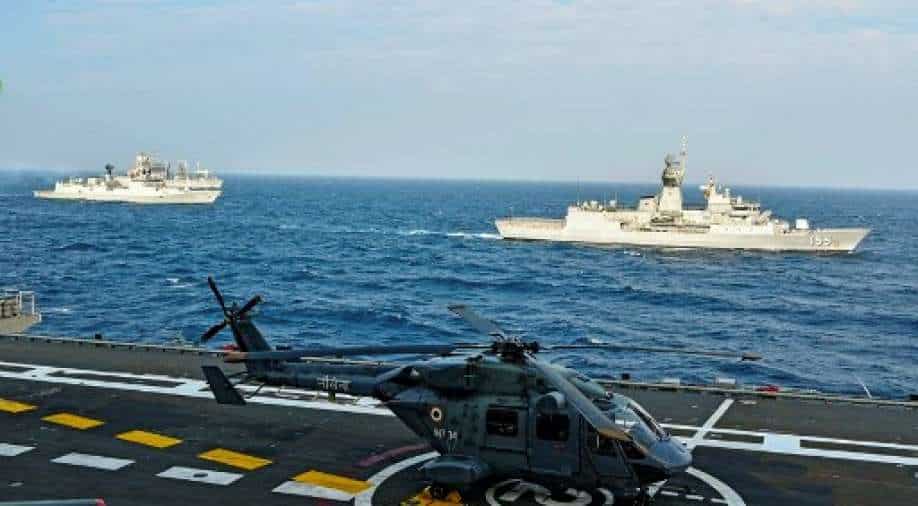 Quad member Australia's diplomatic relations with China took a beating this year after Canberra led calls for an international inquiry into the coronavirus pandemic and Beijing imposed trade sanctions on Australian beef and barley.

As the Quad group's Malabar naval exercise came to an end on Friday, Antony Pisani, commanding officer of HMAS Ballarat of Royal Australian Navy, said it was a "resounding success".

"I thank the Indian Navy for their warm hospitality and for their planning, leadership and execution of the exercise Malabar," Pisani added.

The 24th edition of Malabar maritime exercise hosted by the Indian Navy in the Arabian Sea ended on November 20.

It was conducted in two phases with phase one of the exercise involving United States Navy, Japan Maritime Self Defense Force (JMSDF) and Royal Australian Navy (RAN) including the Indiann Navy off Visakhapatnam in Bay of Bengal from 3-6 November.

The second phase of the exercise was conducted in the Arabian Sea from November 17-20.

Rear Admiral James A Kirk, Commander, CSG-11 (Nimitz Group), said: "US and Indian naval forces alongside our Australian and Japanese partners have proved the ability to operate together across a broad range of missions."

The United States had sent the guided-missile destroyer USS John S. McCain and Nimitz Carrier Strike Group. The naval exercise comes amid the India and China standoff along the Line of Control(LAC) as the Quad group looks to combat the Dragon in the high seas.

Quad member Australia's diplomatic relations with China took a beating this year after Canberra led calls for an international inquiry into the coronavirus pandemic and Beijing imposed trade sanctions on Australian beef and barley.

Japan has also been embroiled in a dispute with China over ownership of islands in the East China Sea.