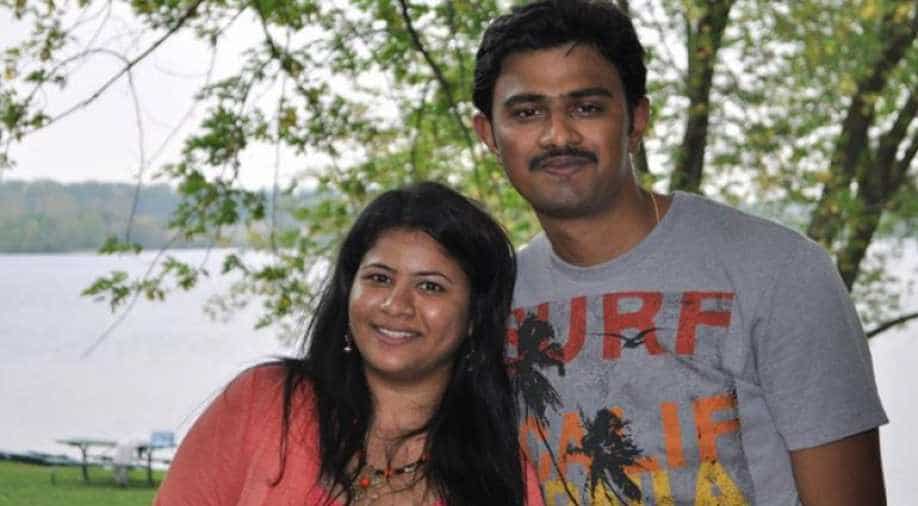 Srinivas, 33, hailed from Hyderabad and moved to the US to study engineering at the University of Texas. Photograph:( Zee News Network )

Kansas-based Purinton had already pleaded guilty to state charges for murder and attempted murder and was sentenced to life in prison last month. The local prosecutor said at the time that Purinton will not be eligible for parole for 50 years.

The sentencing is scheduled for July 2, the Justice Department said both federal prosecutors and the defence are seeking the maximum sentence of life imprisonment.

Adam Purinton is accused of killing Srinivas in a racially motivated hate crime at a bar in Kansas City last year. 52-year-old Purinton was charged with first-degree murder of Kuchibhotla. He was also charged with two counts of attempted first-degree murder of Kuchibhotla's friend, Alok Madasani, and a bystander who had chased Purinton after he fled the bar.

According to reports, Purinton, yelled, "Get out of my country," before shooting Kuchibhotla, who succumbed to injuries and was declared dead.

The 33-year-old victim, Srinivas, hailed from Hyderabad and moved to the US to study engineering at the University of Texas. He worked as an aviation systems engineer at Garmin. Srinivas used to meet his friends customarily at Kansas's Austin's Bar and Grill where the tragic incident occurred on February 22 last year.

Another incident of racial bullying surfaced in the United States when a Manhattan-based lawyer was seen hurling racial slurs at Spanish speaking staff of a restaurant.

The video of the incident has gone viral and shows the man threatening the staff and shouting at them for speaking in Spanish. "The clients of your staff are speaking Spanish to customers when they should be speaking English," the man said in the video.

"I pay for their welfare, I pay for their ability to be here. The least they could do is speak English," the man shouted and threatened to deport the cafe workers.