US, EU keep India clued up on Ukraine crisis 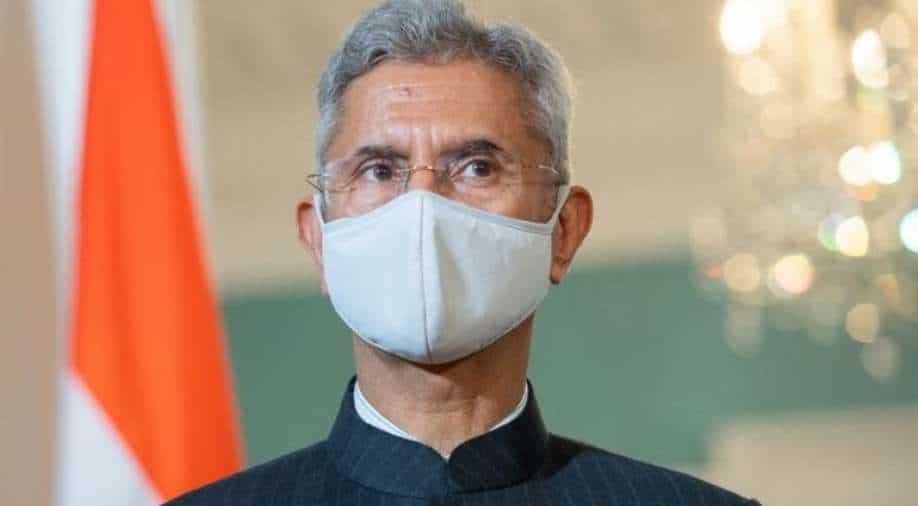 Indian External Affairs Minister Subrahmanyam Jaishankar speaks to the media prior to a meeting with Wang Yi Photograph:( AFP )

US State department's Assistant Secretary for the Bureau of South and Central Asian Affairs Donald Lu in a briefing, where WION was present said, "On the issue of Russia and Ukraine, I can say that there was an open and honest discussion between Secretary Blinken and External Affairs Minister Jaishankar".

This is the second such public acknowledgement from Washington that the matter has been discussed with New Delhi.

Ministry of external affairs spokesperson Arindam Bagchi called "honest conversation" a "good description" of the issue being discussed. He said, "it was an exchange of views on how we see it".

India has made two statements at the United Nations Security Council on the matter calling for dialogue and de-escalation.

Meanwhile, the European Union has been sharing its perspective with India.

Calling India "friend and partner" EU sources said "we have been presenting to the Indian side, our views" on Russia/Ukraine crisis and "rules-based system will be in interest to all".

The development is important as EAM Jaishankar will be in Europe from February 18 to 23, and will visit Germany and France.

In Germany, EAM will take part in Munich Security Conference and participate in a panel discussion on the Indo-Pacific. Later, he will visit Paris to take part in the EU ministerial forum for cooperation in the Indo-Pacific on February 22. He will hold a bilateral with French foreign minister Jean-Yves Le Drian.

The visit to Europe will be closely watched given it happens in the shadow of the Ukraine crisis. The Indian foreign minister is expected to hold a whole host of bilateral meetings, including with a number of European FMs. He will also be part of the much-awaited Australia, India, Indonesia foreign ministers trilateral.

No India, Australia, France trilateral is expected given ties still have not normalised between Canberra and Paris since the Aukus pact.