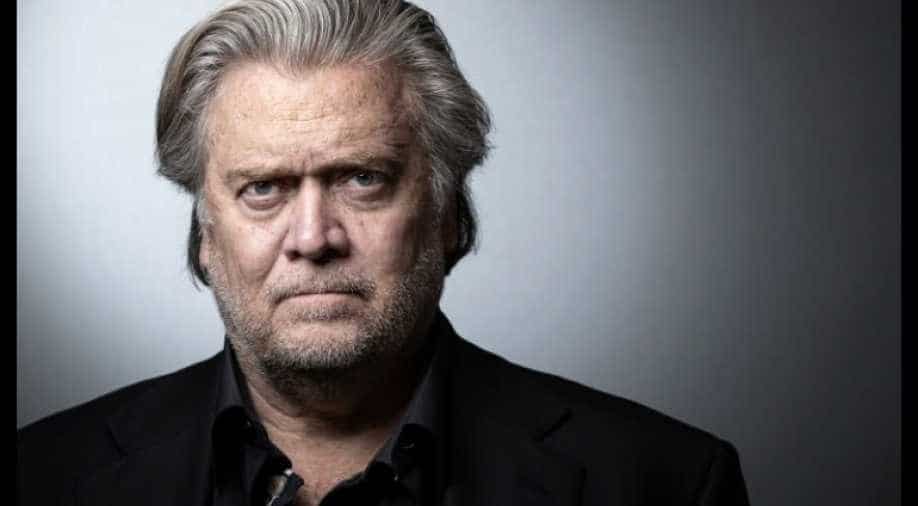 Bannon said that China has been running in an economic war with the United States and the US is not going to back down.

Former White House chief strategist and media mogul Steve Bannon has said that India is going to be a key ally of the United States in countering China's hegemony as it fights a trade war.

Speaking exclusively to WION's Editor-in-Chief Sudhir Chaudhary, Bannon said, "I can tell you the United States is engaged now, countering the economic war with China and India is going to be a key ally of that. If there is any country in the world that's exposed to this expansionist mentality of this radical cadre of the Chinese Communist Party which controls China, is India. And I think that Modi and Trump will be two natural allies."

Bannon said that China has been running in an economic war with the United States and the US is not going to back down. "The United States is now engaged with China on this economic war that China has been running against other democracies in the West and also Japan, India and other of the western allies. The Chinese, with western capital and western technology, is trying to become a hegemonic power in the Pacific and on the landmass Eurasia. We are trying to find out depths of what is going on in this Belt and Road situation. But I can tell you the United States is engaged now, countering this economic war with China," he said.

Since last year, the United States and China have been locked in a trade conflict as Washington seeks to fix the trade balance, currently tilted in favour of Beijing. The two nations have raised or threatened to raise tariffs on each other's goods, moves that could re-draw trade flows and that have threatened to derail the global economy.

An analysis by S&P Global Market Intelligence's trade data firm Panjiva showed recently that American companies are shifting purchases of affected products including furniture, refrigerators and car tyres to countries such as Vietnam and South Korea.

With the latest US tariffs on Chinese goods, India fears Beijing could also re-route exports of electronic items, toys, furniture and organic chemicals to India through other Southeast Asian nations.

Negotiations between the United States and China have soured dramatically since early May when Chinese officials sought major changes to the text of a proposed deal that the Trump administration says had been largely agreed.

A subsequent round of talks ended with no movement as US President Donald Trump increased tariffs to 25 per cent from 10 per cent on $200 billion worth of Chinese imports and threatened to impose duties on all remaining Chinese goods sold in the United States.