Rare earths: The latest weapon in the US-China trade war 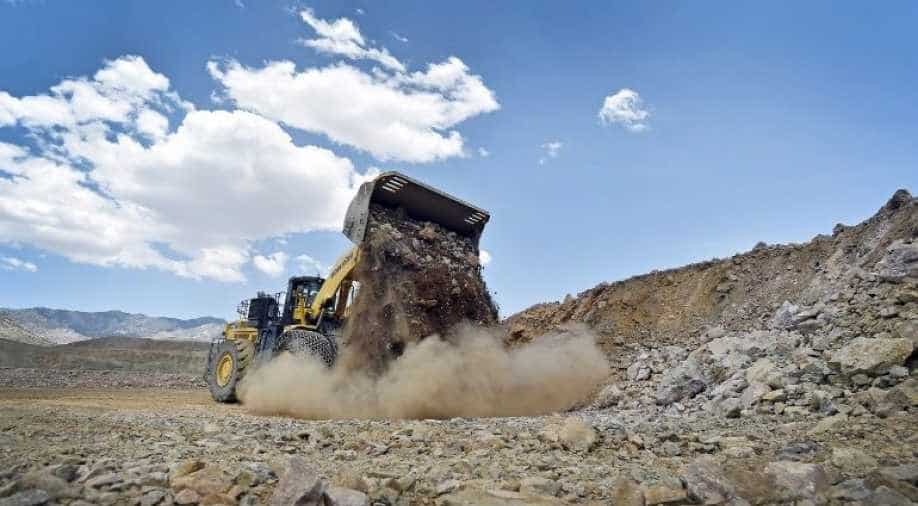 The bedrock of electrical manufacturing, rare earths are 17 elements that serve as key components in devices ranging from hi-tech smartphones and cameras to flat-screen televisions and computers.

They are used in everything from lightbulbs to guided missiles, but with China controlling 95 per cent of the world's supply of rare earth metals, they are also a potentially powerful weapon in Beijing's trade war with Washington.

Here are some key questions and answers on the prized elements.

What are rare earths?

The bedrock of electrical manufacturing, rare earths are 17 elements that serve as key components in devices ranging from hi-tech smartphones and cameras to flat-screen televisions and computers.

China dominates the global supply chain -- and Washington relies heavily on the Asian superpower to access the metals. So much so that the commodities have not been subject to the tariff increases imposed by Donald Trump's administration on Chinese goods.

But Chinese state media is now suggesting that rare earth exports to the US could be cut in retaliation for American measures, sparking fear among manufacturers.

Why is China threatening to restrict exports?

Simply put, rare earths give Beijing tremendous political and economic leverage in its spat with the United States.

The US this month threatened to cut supplies of US technology to Chinese telecom giant Huawei, citing security concerns and intensifying a trade spat that has seen both countries slap tit-for-tat tariffs on each other.

While Beijing has so far only issued cryptic warnings to suggest that rare earths could be its next weapon, "as a retaliatory trade measure, it's a no-brainer on the surface", according to OANDA senior market analyst Jeffrey Halley.

If Beijing chooses to make good on these threats, the impact on US manufacturers could be disastrous.

"China could shut down nearly every automobile, computer, smartphone and aircraft assembly line outside of China if they chose to embargo these materials," James Kennedy, president of ThREE Consulting, wrote last week in National Defense, a US industry publication.

Have we been here before?

China has been accused of using its rare earth leverage for political and economic reasons in the past.

In 2014, the World Trade Organization ruled the country had violated global trade rules by restricting exports of the metals, claiming environmental damage from mining and the need to conserve supplies.

The US, European Union and Japan had appealed to the WTO, accusing Beijing of curbing exports to give domestic tech firms an edge over foreign rivals.

The WTO panel ruled that the quotas were "designed to achieve industrial policy goals rather than conservation".

How likely is it to make good on its threat this time?

Analysts say Beijing may not pull the trigger just yet, possibly because any restriction could spark a chase for alternative sources of rare earths.

Despite its dominance oversupply, China is not the only country with sizeable reserves of the metals.

The United States Geological Survey estimated last year there were 120 million tonnes of deposits worldwide including 44 million in China and 22 million in both Brazil and Vietnam.

If rare earths aren't all that rare, why is no one else producing them?

For much of the last century, the US-dominated rare earths production.

But mining the metals creates huge amounts of toxic waste and in 2003 California's Mountain Pass mine -- then the sole US miner of rare earths -- ceased production, following an environmental disaster a few years earlier.

China filled the void -- helped in no small part by lax regulations and lower costs -- and grew quickly to become the leading producer of the metals.

Rare earths "are abundant across the globe", said OANDA's Halley, but added that many countries are turned off by the heavy costs -- financial and environmental -- incurred in the production process.

"Much like everyone would like a new airport nearby, just not next door to them... the world has reaped what it has sown by handing the keys to China in this respect", he said.