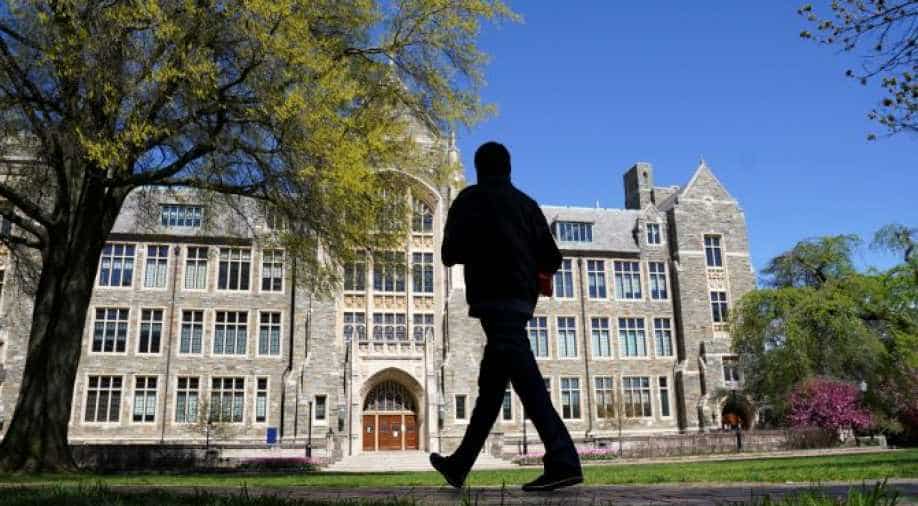 Indian students in the US Photograph:( Reuters )

Amid the rising uncertainty, Harvard and MIT asked a US court  on Wednesday to block President Trump's order threatening to deport foreign students.

As Indian student in the United States face uncertainty over returning home due to US government's new visa police amid the pandemic, India's ministry of external affairs said that that it was concerned over the possibility that it may lead to the return of a large number of Indian students.

The Trump administration had announced that it would not allow foreign students to remain in the country if all classes were moved online. US Immigration and Customs Enforcement(ICE) had stated that nonimmigrant F-1 and M-1 students "may not take a full online course load and remain in the United States".

"We have conveyed our concern to the US side, it was raised by foreign secretary with his counterpart during foreign office consultations," MEA spokesperson Anurag Srivastava said.

According to the Student and Exchange Visitor Program (SEVP), 1,94,556 Indian students had enrolled in various academic institutions in the US in January.

"We have urged the US that we need to keep in mind the role that educational exchanges and people-to-people relations have played in the development of our relations," the MEA said while adding that the US has noted India's concern.

The US customs had said the State Department "will not issue visas to students enrolled in schools and/or programs that are fully online".

Harvard University has already announced that  40 per cent of its undergraduates would be allowed to return to campus but their instruction would be online. However, other universities haven't announced their plans as yet for the fall semester.

Amid the rising uncertainty, Harvard and MIT asked a US court  on Wednesday to block President Trump's order threatening to deport foreign students.