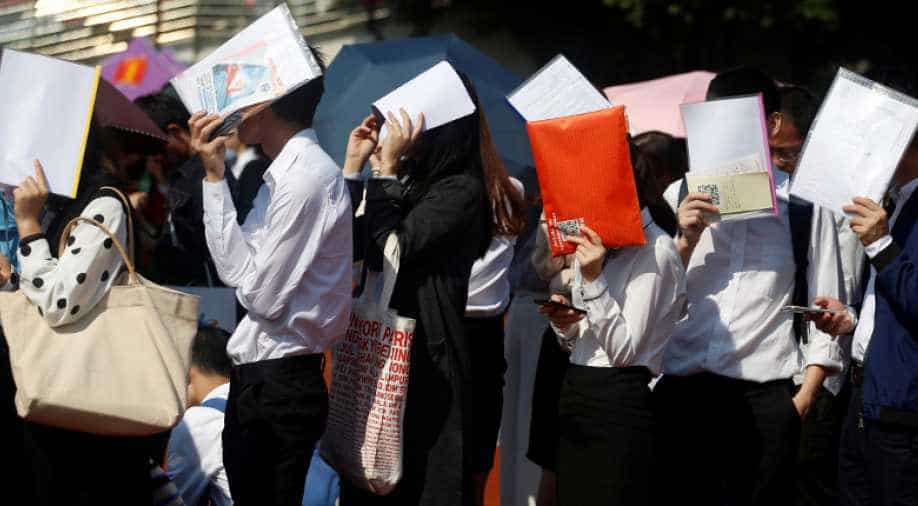 China is the biggest source of international students on US campuses Photograph:( Reuters )

At least 1.2 million foreign students are studying in 8,700 colleges across the United States of these the Chinese students form the largest group along with 360,000 Indians who will be the second worst-affected.

Thousands of foreign students in America are angry and frustrated.

First, the pandemic locked them up in their room, now they face deportation.

The government has decided, if classes go online, students must leave. Harvard University and several other colleges say they will reopen campuses, but hold classes online.

The foreign students are a tormented lot for no fault of their own and weighing some tough questions in their anxious minds.

All F-1 and M-1 visa holders are in the spotlight. Regular academic students hold an F-1 visa. Those pursuing non-academic and vocational courses have the M-1visa. These visas will be deemed invalid if the students are attending online classes.

The students are now grappling for options. A student must shift to a college which offers in-person classes such students can remain in the US. Also, the question being raised is which students will be the worst affected.

At least 1.2 million foreign students are studying in 8,700 colleges across the United States of these the Chinese students form the largest group along with 360,000 Indians who will be the second worst-affected. Over 250,000 students from South Korea, Saudi Arabia and Canada will be also be affected. The question on most students mind is if they can return to finish the course, assuming that they are sent home.

The students have been asking will they be allowed to return? The answer is no, not unless the student provides proof that lessons will be held inside a classroom. The rule applies to new students too if classes are online -- student visas won't be issued.

And the other question is how will the students leave the US?

Nearly 90 per cent of these foreign students are still in the United States if they go back home, it will be hard for them to return as routine visa processing has been suspended at the US embassies and consulates worldwide.

The other question is about fees which have already been paid. Online classes do not mean lower tuition fees. Foreign students pay more than American citizens. They make up less than 6 per cent of a class but contribute over 10 per cent of the revenue. Last year foreign students contributed over $40 billion to American colleges. Harvard University president Larry Bacow says he is very concerned by the decision to deport students.

Colleges might take the government to court as they are lobbying to get the decision revoked. America's COVID-19 cases are close to 3 million but colleges want to retain students. The new rule could force them to open up, worsening America's health crisis.