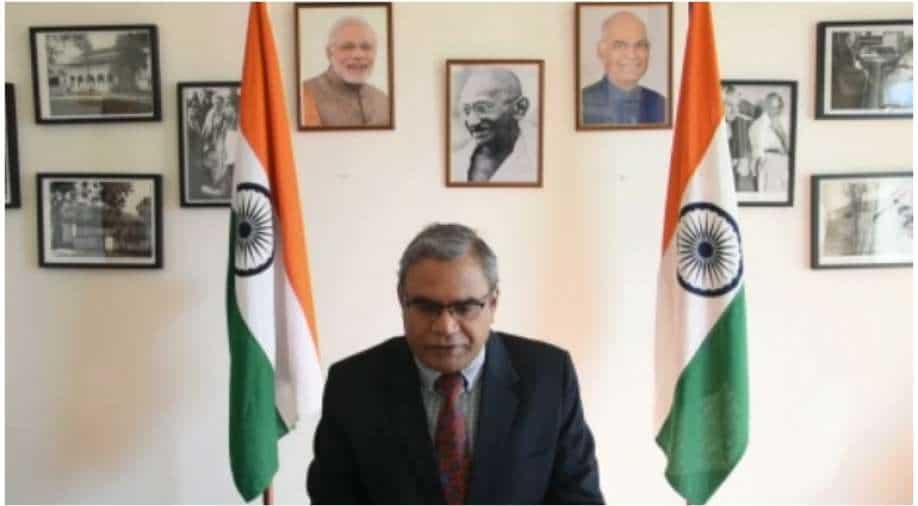 India stressed that in light of developments in Afghanistan, it should be ensured that its territory should not be used against other countries.

India's envoy to UN, Indra Mani Pandey said,""Stability in Afghanistan is linked to the peace and security of the region.  We hope that the situation in Afghanistan does not pose a challenge to its neighbours and its territory is not used by terrorist groups such as Lashkar-e-Taiba (LeT) and Jaish-e-Mohammed (JeM), to threaten any other country."

Afghanistan has become unstable and thousands of people have been leaving the country ever since the Taliban took over Afghan national capital Kabul on August 15. Many of the Afghans who are leaving are worried over future under the Taliban rule.

Pandey hoped that "there is an inclusive and broad-based dispensation which represents all sections of Afghan society" & said that "voices of Afghan women, aspirations of Afghan children and the rights of minorities must be respected".

He explained, "A broad-based representation would help the arrangement gain more acceptability and legitimacy."

International community has largely called for the same -- inclusive set up, one that is not dominated by one ethnicity but has representation from everyone given Afghanistan is an ethnically diverse country.

Calling, the security situation "precarious" he said, a "grave humanitarian crisis is unfolding"

"Everyone is concerned about the increasing violations of fundamental rights of Afghan citizens" & "Afghans are worried about whether their right to live with dignity would be respected," he added.

Heartbreaking visuals have emerged over last few days from Afghanistan especially around the Kabul Airport. The airport has been thronged by people who want to flee the country.

India on its part has been evacuating hundreds of its nationals and many Afghan vulnerable groups like the minority Hindus and Sikhs. Over last few days India has brought more than 40 Afghan Sikhs to Delhi. In addition 3 copies of Sikh Holy Book 'Guru Granth Sahib' have also been brought. Union ministers, Hardeep Singh Puri & V Muraleedharan were at the airport to receive the Holy Books.

Indra Mani called on the international community to "ensure full support to the people of Afghanistan in their desire for peace, stability and security in the country and to enable all Afghans, including women, children and minorities, to live in peace and dignity."

He also pointed out to India's contribution to the country in the last 20 years in terms of humanitarian assistance, capacity building, connectivity. During the Covid crisis, India sent 75,000 MTs of wheat to Afghanistan to ensure food security during the pandemic.