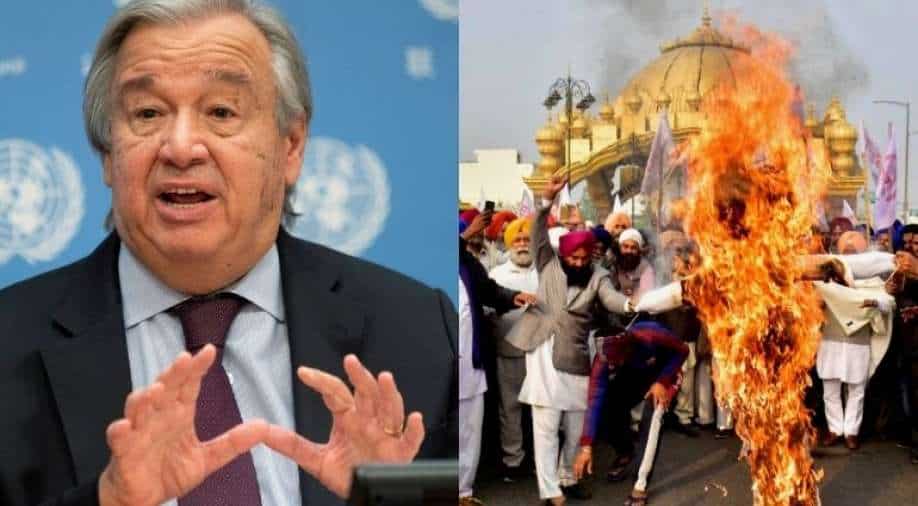 "As to the question of India, what I would say to you is what I've said to others when raising these issues is that people have a right to demonstrate peacefully, and authorities need to let them do so," said Stephane Dujarric, the spokesman for the UN Secretary-General.

Thousands of farmers are demonstrating from several days at border areas of the national capital against three farm laws that were approved in September.

Earlier, Trudeau extended his support to the protests despite strong opposition from New Delhi, calling it India's internal matter.

At least 36 parliamentarians of various parties in the UK have also written a letter to Foreign Secretary Dominic Raab to take up the matter with his Indian counterpart S Jaishankar as it affects many British Sikhs and Punjabis.

"This is an issue of particular concern to Sikhs in the UK and those linked to Punjab, although it also heavily impacts on other Indian states. Many British Sikhs and Punjabis have taken this matter up with their MPs, as they are directly affected with family members and ancestral land in Punjab," the content of the letter said.

"This is a joint letter calling for representation to be made by yourself to your Indian counterpart about the impact on British Sikhs and Punjabis, with longstanding links to land and farming in India."