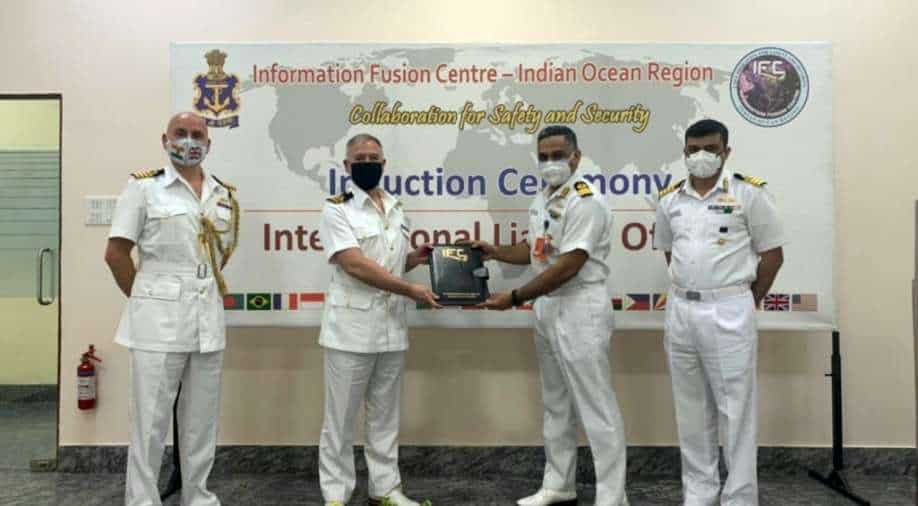 The United Kingdom has officially joined the Indian Navy’s Information Fusion Centre-Indian Ocean Region (IFC-IOR) based in Gurugram and deputed its officer for it.

The Information Fusion Centre keeps an eye on the Indian Ocean with a key focus on the early mobilisation of resources in case of any crisis.

UK's Lieutenant Commander Stephen Smith will be deputed full time at the centre. The development is part of the 2030 roadmap announced by Indian Prime Minister Narendra Modi and British PM Boris Johnson after their virtual summit in May. UK is the fifth country to send its officer after the US, Japan, France and Australia.

"Coming as a natural outgrowth of the strong partnership between the Royal Navy and Indian Navy, this is a significant step up in our shared maritime domain awareness effort, and boldly underlines UK and Indian desires to work together in the Indian Ocean Region and wider Indo-Pacific", said Admiral Tony Radakin KCB ADC, First Sea Lord and Chief of Naval Staff.

IFC-IOR was inaugurated in 2018, with a focus on India and like-minded countries sharing real-time developments in the maritime domain. It has been also recognised by the UN's International Maritime Organization. The development comes even as the UK has announced its "Indo-Pacific tilt".

“The UK has committed to becoming the European country with the broadest, most integrated presence in the Indo-Pacific in support of trade, shared security and values. I am delighted that we’ve taken another tangible step to enhance our joint capability to tackle shared challenges", explained Jan Thompson, Acting British High Commissioner to India.

UK formally confirmed accepting India’s offer to place a liaison officer in the IFC-IOR in 2019. Lieutenant Commander Stephen Smith will be posted in India for two years.

Gavin Thompson, Defence Adviser at the British High Commission, said, "The UK and Indian armed forces already enjoy high levels of interoperability, which will be on full display during the upcoming visit of the UK’s Carrier Strike Group, led by one of our largest aircraft carriers – HMS Queen Elizabeth. The appointment of the UK Liaison Officer forms part of our enhanced maritime partnership to bolster security in the Indian Ocean.”

UK already has a presence in the Western Indian Ocean Region. It has seven permanent bases in Kenya, Singapore, Brunei, Nepal, Bahrain, Oman, and British Indian Ocean Territory (BIOT), and seven ships deployed at any one time to provide security in the Western region of the Indo-Pacific.