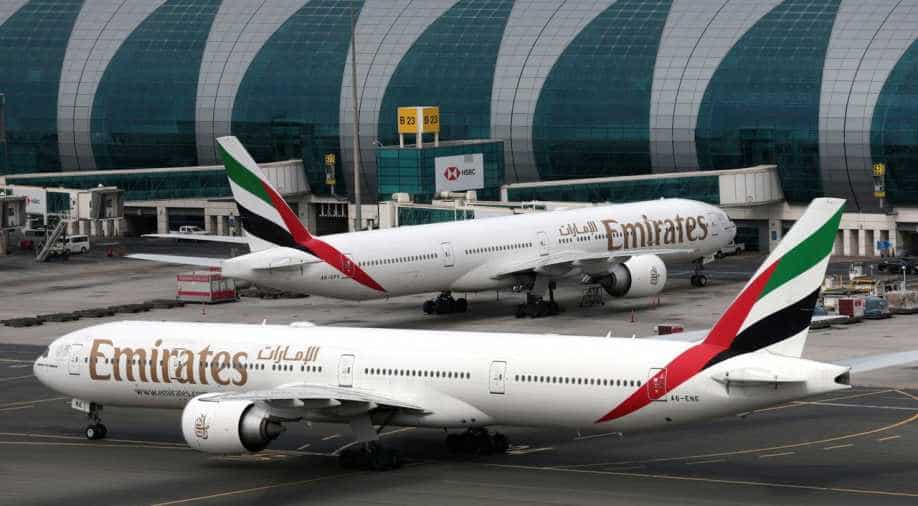 Of Indians stranded in the Gulf country due to the travel restrictions imposed in view of the coronavirus pandemic.

Of Indians stranded in the Gulf country due to the travel restrictions imposed in view of the coronavirus pandemic.

Several companies and community groups have chartered repatriation flights with the UAE airlines, with some of them operating the first international flights to some destinations in India, the Gulf News reported.

The special repatriation flights arranged by the Indian government under the Vande Bharat Mission are operated by Air India and Air India Express while some private airlines from India will soon be joining the mission.

However, the pace of the repatriation mission, dubbed to be the largest in the history, gathered more steam after the Indian government allowed private airlines in the UAE and India to operate charter flights on behalf of companies and community groups.

India's Directorate General of Civil Aviation (DGCA) on Monday said that it granted permission to around 870 chartered flights, transporting around 200,000 passengers, both inbound and outbound.

"Several Airlines helped in the humanitarian mission of taking stranded people to their destinations," DGCA said in a series of tweets.

The list of airlines and their operations tweeted by DGCA showed that dozens of flights were operated by four major UAE airlines that took part in the chartered operations.

Some community groups in the UAE said they opted for UAE budget carriers for operating charter flights for repatriation as they could avail cheaper ticket fares with them, the daily reported.

The airport arranged the water salute as it was the first among the foreign airlines and the first UAE carrier to land in the airport that became operational last December, said Afi Ahmed, owner of Dubai-based Smart Travel which facilitated the chartering of the flight.

Meanwhile, an Air Arabia charter flight that repatriated 215 Odia people to Bhubaneshwar in Odisha on Sunday hit the headlines for two reasons.

The flight chartered by Odia Society of the UAE was first international charter flight for repatriation to land in the airport and it was flown by a woman Odia pilot based in the UAE, Captain Madhusmita Patnaik, the daily said.

FlyDubai had also provided charter service to repatriate Indian prisoners who have been released after completing their sentences in Dubai and Abu Dhabi prisons during the coronavirus pandemic.