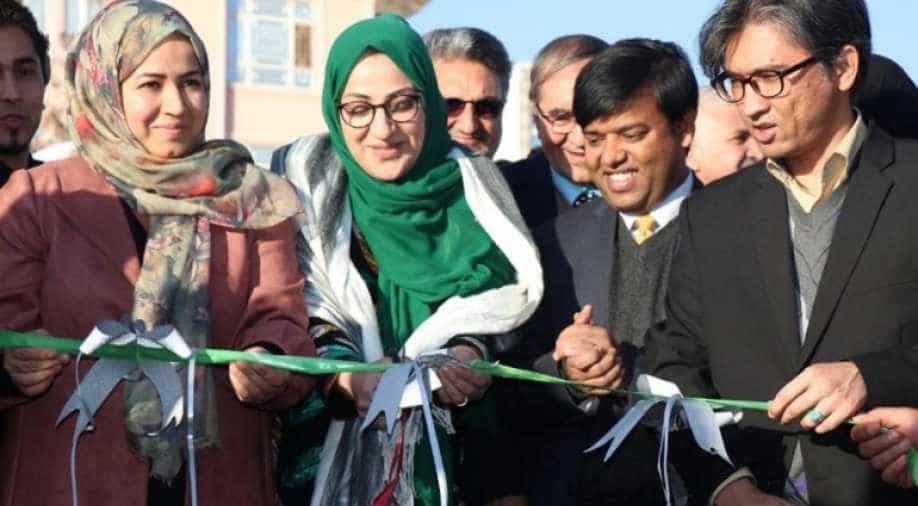 Naheed Farid had told Modi in December 2017 that 60 per cent of Herat's schoolgirls were studying in tents or under the open skies.

India is helping build two schools for girls in Afghanistan's Herat province. The foundations of the schools — the Baba Zangi Ata High School and Amani High School in Herat and Enjil Districts of Herat province — have already been laid and construction will be completed in eight months' time.

The development comes after Afghan MP Naheed Farid requested Indian Prime Minister Narendra Modi for help in December 2017. The schools were at the time functioning from tents.

She said she told Modi that "60 per cent of (Herat) schoolgirls are studying under the tents or under open skies. Surprised at my answer, PM Modi asked me how can India help them to which I proposed for construction of two schools in Herat. Excellency Modi assured me to help the Afghan students and also asked me to submit a concept note. It was puzzling for me as to why Excellency Modi asked me about Herat girls only to realise later that Herati girls performed the national anthem of India in Hindi during his visit to Herat for inauguration of Salma Dam project."

Farid was elected to the Afghan parliament at the age of 27, thereby becoming the country's youngest parliamentarian.

India's High Commissioner to Afghanistan Vinay Kumar expedited the project once the PMO flagged off the issue with the Indian embassy in Kabul.

The laying of the foundations of the two schools was done in the presence of Deputy Minister of Education Sardar Mohd Rahimi, who was chief guest at the ceremony, along with Herat's Deputy Governor Monisa Hassanzada, Farid, and Consul General of India to Herat Kumar Gaurav.

Speaking to WION, Gaurav said, "Students of Afghanistan want to study. We have to give them a conducive environment. Madam Farid visited India and met Hon’ble PM Modi and presented a concept note. Madam Farid has been a beacon light of hope for Afghan citizens. She has been doing a fantastic job in Afghanistan. We need so many Naheed Farids in Afghanistan. I hope these schools will produce such Naheed Farids which will take Afghanistan from darkness to light, from ignorance to knowledgeable society, and from violence to peace and prosperity. India’s commitment towards the educational reconstruction of Afghanistan is unwavering and absolute”.

In time, the Indian embassy in Kabul said, as many as 10,000 students are expected to benefit from the two schools. The Baba Zangi High School will be the largest school in the province with 24 classrooms while the Amani High School will have 12 classrooms.

Herat is the same province in which the Afghan-India Friendship Dam is located.

Thanking PM Modi for the dam, Farid said, "I profusely thanked India for construction of Salma Dam which illuminated thousands of houses, while construction of Parliament Building would deepen the roots of democracy in Afghanistan. I also thanked Excellency PM Modi for empowering Afghan citizens through various capacity-building programmes while cooperation on Chabahar will give access to sea for Afghan goods which will only bring welfare and prosperity for Afghan citizens."

Modi visited Herat in western Afghanistan in June 2016 and he and President Ghani jointly inaugurated the Afghan-India Friendship Dam, earlier called the Salma Dam. About 1,500 Indian and Afghan engineers and other professionals worked in difficult conditions to build the dam.

PM Modi first visited Afghanistan on December 25, 2016 at which time he inaugurated the newly-built Afghan Parliament, announced 500 scholarships for the children of Afghan security forces personnel killed in action, and gifted four Mi-25 attack helicopters to the Afghan Air Force.