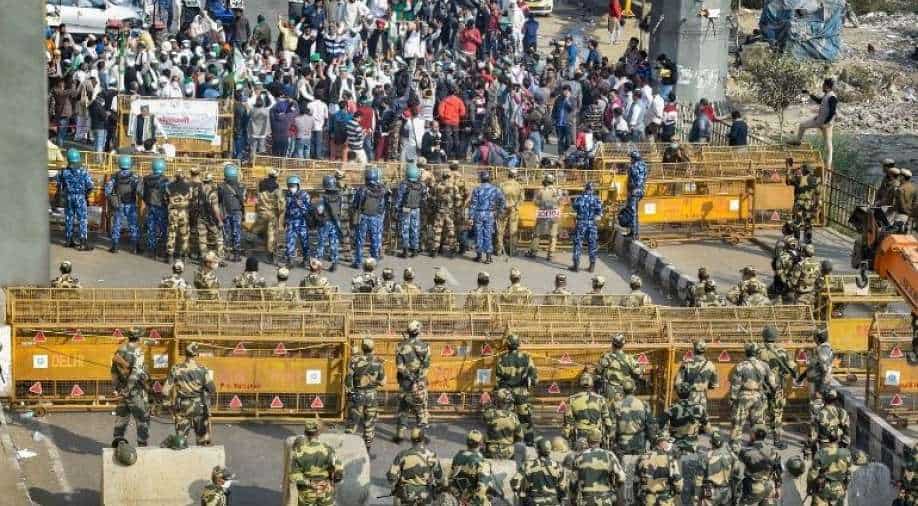 Long queues of vehicles choked the roads in parts of the national capital on Monday as the Delhi Police kept the Singhu and Tikri borders closed and heightened checking at other places in the wake of the ongoing protests by farmers.

Both the border points at Singhu and Tikri remained closed with the farmers rejecting the Centre's offer to hold talks over the new farm laws opposed by them.

The closure of borders has also resulted in heavy traffic on other alternate routes between Delhi and Haryana.

Policemen in large numbers were deployed on the Delhi-Gurgaon border and vehicle checking was intensified.

Deputy Commissioner of Police (Southwest) Ingit Pratap Singh said, "We have not received any inputs on farmers coming here but as a precautionary measure, we have deployed our forces."

The Gurugram Traffic Police also alerted commuters about the congestion.

"Traffic congestion has been reported on NH-48 near Sarhol Toll towards Delhi due to slow entry of vehicles into Delhi. @TrafficGGM is on the spot to facilitate the traffic. Inconvenience caused is highly regretted," it tweeted from its official handle.

The agitating farmers demanding scrapping of the new farm laws have also warned to close all five entry points to the national capital.

After a meeting of over 30 farmer groups on Sunday, their representatives said they will not move to the Burari ground for their protest as suggested by the Centre.

They said the farmers will not accept any conditional dialogue and will block all five entry points to Delhi.