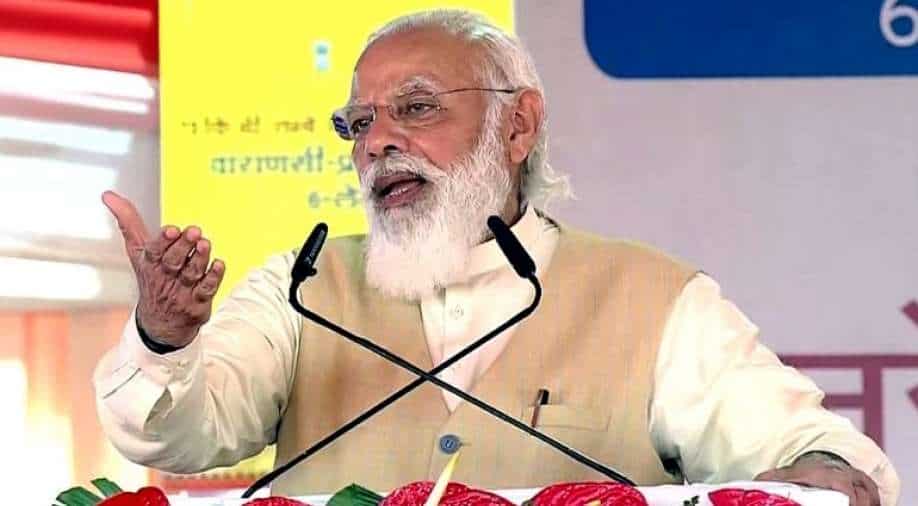 Prime Minister Narendra Modi on Monday slammed the opposition over the farmers' protests and underscored that the new farm laws will benefit farmers.

Modi's comments came when thousands of farmers are protesting at the national capital over the recently-passed farm laws and are demanding a withdrawal of these acts.

"The farmers are being misled on these historic agriculture reform laws by the same people who for decades have misled them," referring to the opposition parties in a veiled attack in Varanasi.

"These same people have in the past played tricks with farmers in the name of MSP, loan waiver and fertiliser subsidy."

He also asked that since the Indian farmers' products are famous across the world so should not they be allowed to get a bigger market, higher prices to see their produce.

"We will see and experience benefits of these new laws in the coming days," Modi said.

He also said that the new laws will not force farmers to use the new system.

"Earlier, any sale outside Mandi was considered illegal and small farmers were cheated as they were not able to reach Mandi," the prime minister said.

Farmers now are protected by law against cheating and fraud."