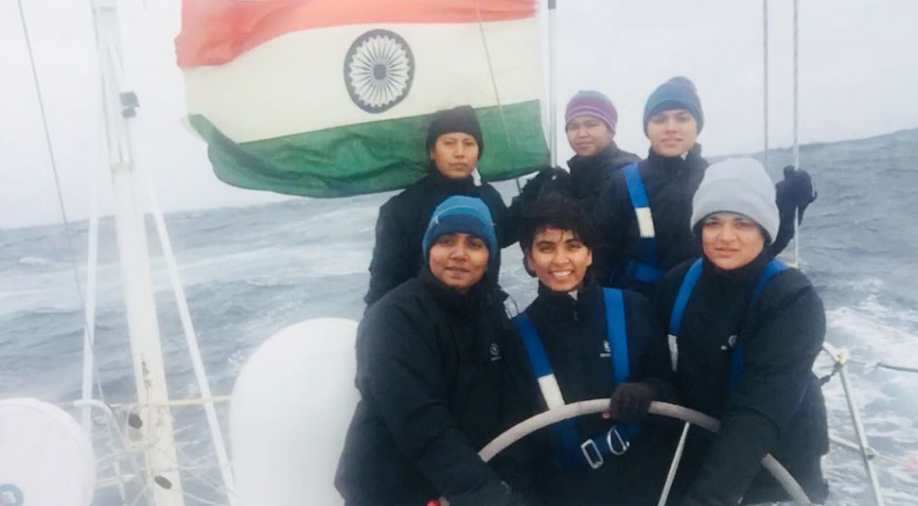 Chief of the Naval Staff Admiral Sunil Lanba has informed that Team Tarini will safely return to Goa on Monday evening. "The six courageous women of Team Tarini sail into Goa this evening," he noted.

Lanba called the event a "staggering achievement at many levels".

"India's maritime narrative adds one more glorious chapter to its illustrious legacy as the six courageous women of Team Tarini sail into Goa this evening. It is a staggering achievement at many levels - for the Indian Navy that conceived and steered the initiative, for Indian women who just broke one more glass ceiling, for those involved with the odyssey for daring to dream big, for the global and Indian sailing fraternity which has new entrants to its Hall of Fame," Lanba added.

"But, above all this is a stupendous achievement for every Indian. There are some days when we are all one. Today, India is Team Tarini. We are all sailors. And the Indian Flag and Naval Ensign flutters high and proud," he said.

INSV Tarini is a 56-foot sailing vessel that showcases the 'Make in India' initiative on the International forum. The expedition, titled 'Navika Sagar Parikrama', is in consonance with the national policy to empower women to attain their full potential.

The all-women crew of INSV Tarini will return to the state on Monday evening after a historic circumnavigation of the globe for over eight months.

The six women officers trained under Captain Dilip Donde, the first Indian to solo-circumnavigate the globe in 2009-2010.