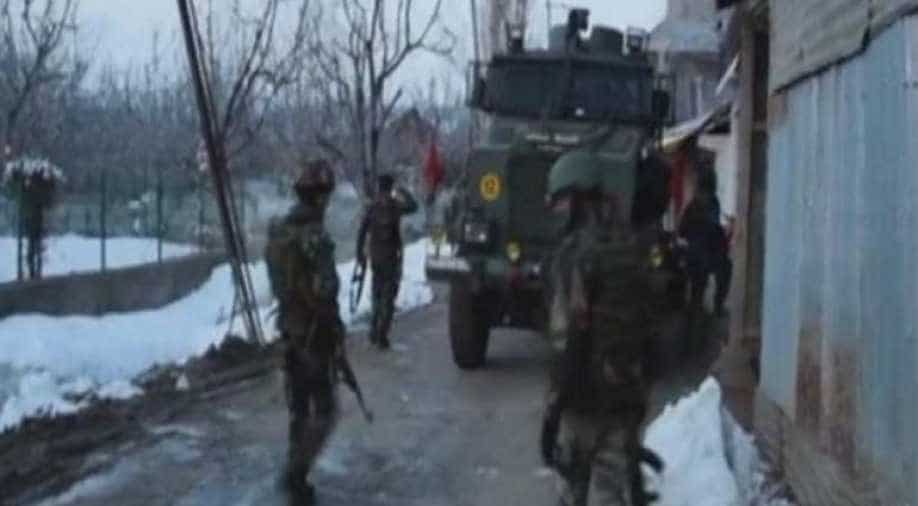 Arms and ammunition were recovered from the site of the encounter

Three terrorists were killed and one was persuaded to surrender in Shopian  in south Kashmir.

The terrorists belonged to the Al Badr outfit. They have been identified as Danish Mir, Mohd Umer Bhat, both residents of Khajapora and Zaid Bashir Reshi, resident of Raben in south Kashmir.

Security forces had got specific input about the presence of terrorists in the area, after which a joint search operation was launched by police, 44RR and 178bn of CRPF. All four terrorists were given an option to surrender.

“During the search operation as the presence of terrorists got ascertained they were given an opportunity to surrender. Family members of the trapped terrorists were also called to the encounter site to motivate and persuade them to surrender.

"One of the trapped terrorist Tausif Ahmad ultimately surrendered and laid down his arms before the joint security forces.” said IG Kashmir Vijay Kumar.

The surrendered terrorist was asked to make an appeal to the other three holed up terrorists to lay down their arms and surrender, but they refused. A video of the appeal was released by security forces later.

“The surrendered terrorist later also appealed to his trapped companions to surrender, however, they turned down the surrender offer and fired indiscriminately on joint search party which was retaliated leading to an encounter. “said Vijay Kumar, IG Kashmir Police.

Incriminating material including arms and ammunition was recovered from the site of the encounter. The last rites of the slain terrorists shall be performed after conducting medico-legal formalities and their nearest family members shall be allowed to participate in the last rites.