'There can be no tolerance of terror safe havens', says US defence secretary James Mattis in India 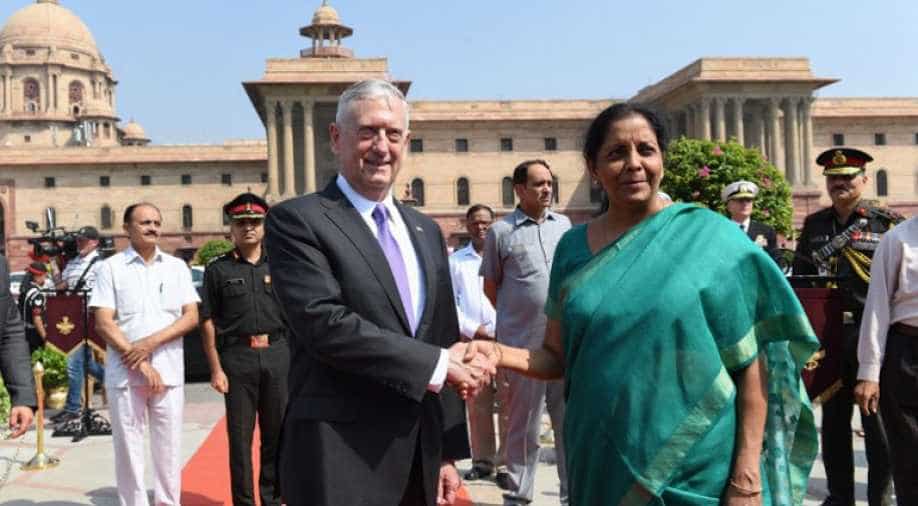 US defence secretary James Mattis and India's defence minister Nirmala Sitharaman met today to discuss the future of Indo-US ties in the backdrop of continuing crisis in Afganistan and global terrorism.

Mattis who is on a two-day visit to India intends to set the ball rolling on Afganistan, last month US President Trump while laying down his administration's policy on the troubled country had requested India's help to defeat the forces of terror.

India's defence minister Nirmala Sitharaman said: "India will expand development activities but will not have boots on the ground in Afghanistan."

Taking a swipe at Pakistan, India's defence minister said, "We both(India & US) recognise the importance of holding those who use terror as state policy to account and to dismantle infrastructure that supports terror."

Echoing India's feelings, US Defence Secretary James Mattis said,"There can be no tolerance of terror safe havens as global leaders India-US resolve to work together to eradicate this scourge."

"Our two countries recognise the threat that global terrorism poses to people throughout the world," Mattis added.

On Afganistan, the US defence secretary said, "We value India's invaluable contribution to Afghanistan and welcome further efforts to promote Afghanistan's democracy, safety and security."

"We appreciate India's leadership in the Indian Ocean and seek to work together to build a resilient regional architecture," US defence secretary said.