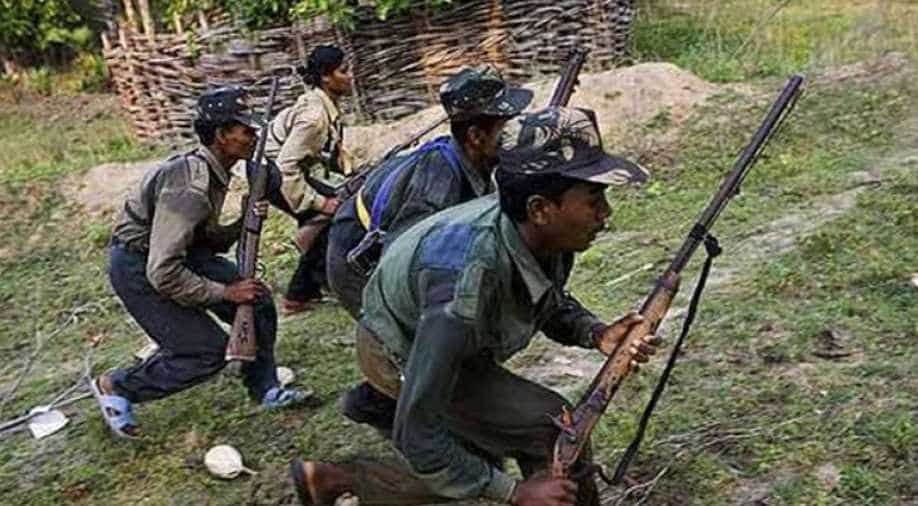 The police anticipate that the Maoists might resort to some desperate action just to 'create some sensation' and 'prove their existence', top officials said, citing intelligence inputs.

The Telangana Police is adopting a multi-pronged strategy to check possible "desperate action" by the outlawed CPI (Maoists) in districts bordering Chhattisgarh and Maharashtra in the run-up to the state Assembly elections on December 7.

The police anticipate that the Maoists might resort to some desperate action just to "create some sensation" and "prove their existence", top officials said, citing intelligence inputs.

Police say they have put in place all necessary security measures to ensure free, fair and peaceful elections.

According to police, Maoists have been almost decimated in Telangana and their activities virtually are nil in the state, but, given the election season, police apprehend some threat (possibility of some offence) from the Maoist "action teams", in very few places particularly in the Bhadrachalam region that borders Chhattisgarh.

As per election notification, 13 of the 119 Assembly segments have been identified as sensitive to Left wing extremism (LWE), where election authorities will hold polling between 7 am and 4 pm.

"But our action teams are ready and we can thwart any attempt by the outlaws to create trouble. Our Greyhounds (elite anti-Naxal force) is adequately placed and we are going ahead with a multi-pronged strategy to ensure incident-free elections," a top police official said.

"We are fully ready to tackle any kind of threat," Inspector General of Police (North Zone) Y Nagi Reddy said.

In view of the electioneering, security has been beefed up, combing operations have been further stepped up and roads have been cleared and counter-action teams are on the move, he said.

Similarly, for the polling also security measures will be carried out.

Security arrangements are in place with deployment of Central Armed Police Forces (CAPF), state forces and Greyhounds, the official said, adding "lot of area domination will be there and with regard to polling stations additional security will be there".

In the wake of posters and banners purportedly written by Maoists appealing to locals to boycott the ensuing assembly elections surfacing in Jayashankar Bhupalpally district, another senior police official said, "They will try to prove their existence and give a call to boycott polls."

A few days ago a four-member "action team" of ultras had entered Bhupalpally district, but after noticing police parties they escaped, he said.

"There are some credible inputs that Maoists are trying to carry out some offence in the area during elections by sending some action teams...They are trying and they are desperate to do some offence... We are working on that and ensuring they are not successful," he added.

On VIP movement and politicians who are canvassing for elections, the official said their security has been beefed up and all security-related precautions are being followed.