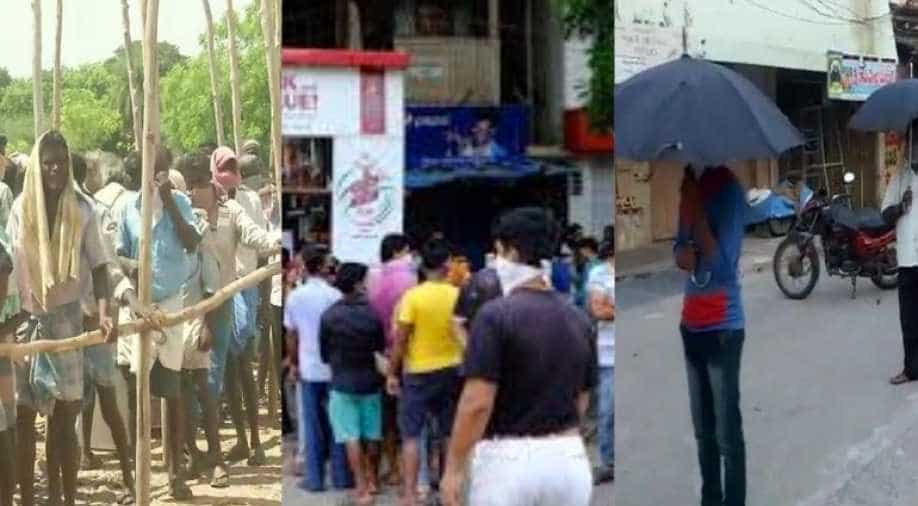 However, residents can still order liquor online. The delivery executives will have to follow proper protocols of social distancing and face masks will be compulsory.

This comes after 600 new cases were reported within 24 hours in Tamil Nadu, out of which 300 cases were from Chennai.

Despite the restrictions of age groups and social distancing, thousands were seen gathering in queues for TASMAC liquor shops in the state.

Tamil Nadu government earned almost 170 crores from the first day of alcohol sale. While this was helping revive the economy, few experts protested against the idea of opening the liquor shops as they feared a fresh wave of cases will be seen if the people are allowed to queue.

While cities like Chennai and few other containment areas were not allowed to open liquor shops, few districts such as Tirupur made umbrellas, along with facemask, compulsory for those who were queuing to buy alcohol.

The total number of positive cases has reached 6,009 in Tamil Nadu, which includes 1,605 recovered/discharged patients and 40 deaths.