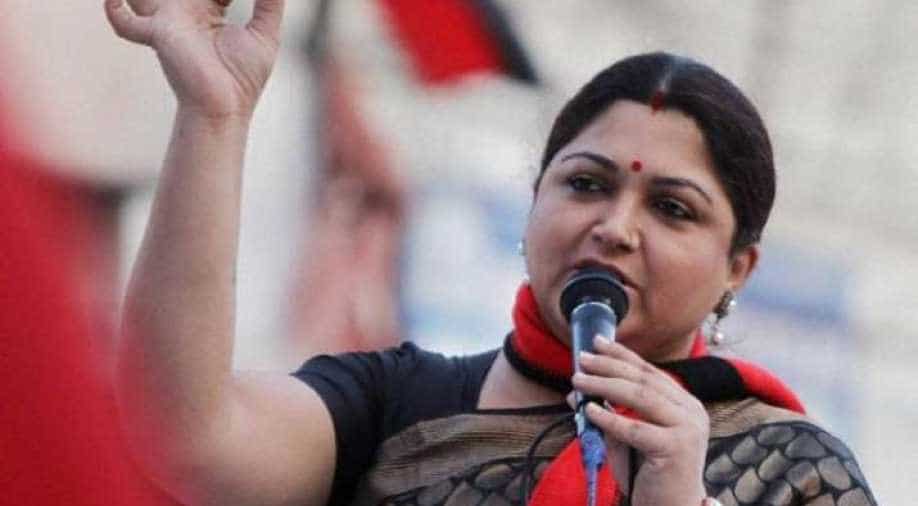 Khushbu's background in cinema has made her a household name, and after more than a decade in politics, she is making her poll debut as a BJP candidate for the Tamil Nadu assembly.

With hardly a week to go for polling day on April 6th in the southern Indian state of Tamil Nadu, WION caught up with actor-turned-politician Khushbu Sundar, the Bharatiya Janata Party (BJP) candidate for Thousand Lights constituency in Chennai. Her background in cinema has made her a household name, and after more than a decade in politics, she is now making her poll debut as a BJP candidate for the assembly. Later this week, Home Minister Amit Shah is expected to campaign for her.

WION: How is the response to BJP’s campaign in Thousand Lights constituency ?

Khushbu Sundar: There’s a very good response for our campaign, women want me to win and they’re confident that I’ll solve their issues as a woman. Their love towards me is evident from the way they have gathered in large numbers. They (opposition) said BJP would never make it, but now there’s a clear wave of change in people’s minds.

WION: Are minority votes in Tamil Nadu a major challenge?

Khushbu Sundar: The BJP won the largest mandate of 303 parliamentary seats in 2019, and this was not possible without minorities voting for us. As far as the women in minority communities are concerned, they say that Prime Minister Narendra Modi is akin to an elder brother and a source of strength for them. The opposition parties are indulging in fake propaganda.

WION: As a woman leader, how do you see the recent misogynistic comments by opposition leaders?

Khushbu Sundar: On the one hand, the opposition claims that they will help women and keep them safe, but now they themselves are saying deplorable things about women. How can such people enable a same environment for women?

WION: The DMK (whose candidate you are taking on) says this seat is their stronghold. Do you foresee a blockbuster on your electoral debut ?

Khushbu Sundar: We are sure of the people being with us. We must recall that DMK President MK Stalin who contested here, jumped to Kolathur constituency 10 years back. He had done so based on doubts of losing here. Our ally AIADMK has won here many times, DMK themselves are claiming that this seat is their stronghold. The finest example of this is MK Stalin, who left for another seat.

WION: There are allegations that actors will forget their constituencies and people after elections. How do you respond ?

Khushbu Sundar: I have seen that these comments have come from a dynast, who is looking at things through his perspective. They are the ones who promise development, safety, roads, employment, water supply and end up neglecting their constituencies. They better brush up their history lessons and recollect Tamil Nadu’s political history where all tall leaders Karunanidhi, MG Ramachandran and J Jayalalithaa have had a cinema industry background.