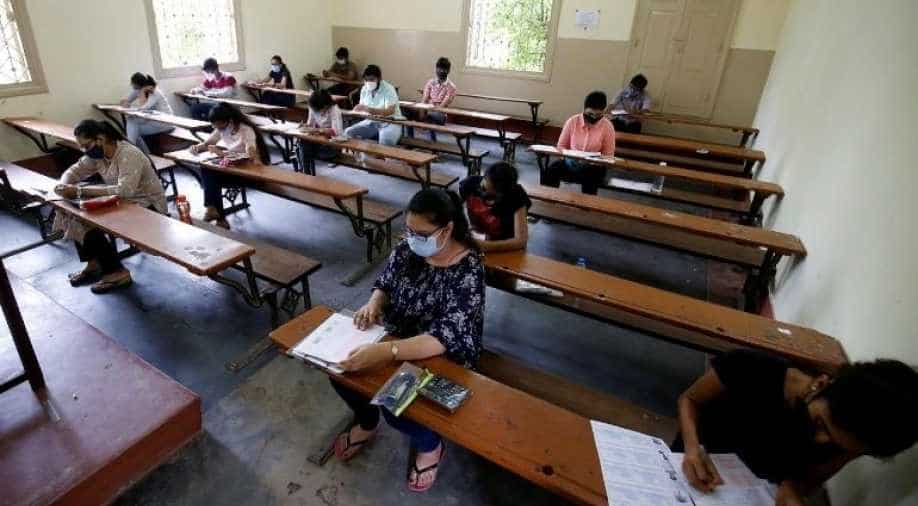 The growing chorus against the conduct of the NEET exam is primarily owing to the ongoing Covid-19 pandemic which has affected over 3 million people and claimed 60,000 lives across India.

Amid the ongoing debate over the need to conduct National Eligibility-cum-Entrance Test (NEET) exams for medical, dental courses at the Undergraduate level, the Tamil Nadu Health Minister has written to the Union Health Minister seeking the cancellation of the exam. This comes at a time when Tamil Nadu is barely 3000 cases short of the 4 lakh mark, in terms of total recorded Covid-19 cases. The growing chorus against the conduct of the NEET exam is primarily owing to the ongoing Covid-19 pandemic which has affected over 3 million people and claimed 60,000 lives across India.

Tamil Nadu Health minister Vijayabaskar has written to the Union Health Minister Dr.Harsh Vardhan emphasizing the need to cancel the NEET exam and allow Tamil Nadu to provide medical admissions on the basis of marks secured in the 12th grade board examinations. The letter also touched upon earlier instances where the Tamil Nadu Chief Minister had written to the Prime Minster and Health Minister requesting that an ordinance be promulgated, to allow the state to follow its earlier pattern for medical admission.

This permission is being sought on the grounds that 12th grade exams have been completed and results have been declared across Tamil Nadu. “The NEET examination may kindly be dispensed with an request you to direct the Ministry to promulgate an Ordinance to keep in abeyance the relevant sections of the Indian Medical council Act, 1956 and Dentist Act, 1948and connected regulations governing the medical and dental college admissions” the letter stated.

The NEET exam is planned to be conducted in the second week of September and over 15 lakh students are said to have registered for taking the test. However, some of the major concerns being raised from the students’ end is the limited options of local public transport, trains and flights. Students have also been depending on online classes since March this year, when educational institutions, coaching centers were shut as a part of the nationwide lockdown. It is also feared that some students who are under quarantine or suffering from Covid-19 would be unable to take the tests, thus leading to the loss of an academic year.

The National Testing Agency (NTA), which is responsible for conducting the tests across the country, said that it has planned several measures to enhance safety - more examination centers, altered seating arrangements, fewer number of candidates per room and also staggered entry and exit.

However, the students point out that, there remain challenges when it comes to NRI students who wish to write the exam. Under normal situations, they would have come down to exam centers in India to take the test, but would not be able to do so under the current scenario where only limited flights are operating (from select destinations).

Several opposition party leaders including those from the TMC, Congress and DMK have been urging the government to ensure that the exams be postponed.

Earlier, the Supreme Court had dismissed a plea by the students, which sought postponement of the NEET and JEE (Mains) exams, saying that an academic year couldn’t be wasted and that life has to go on.