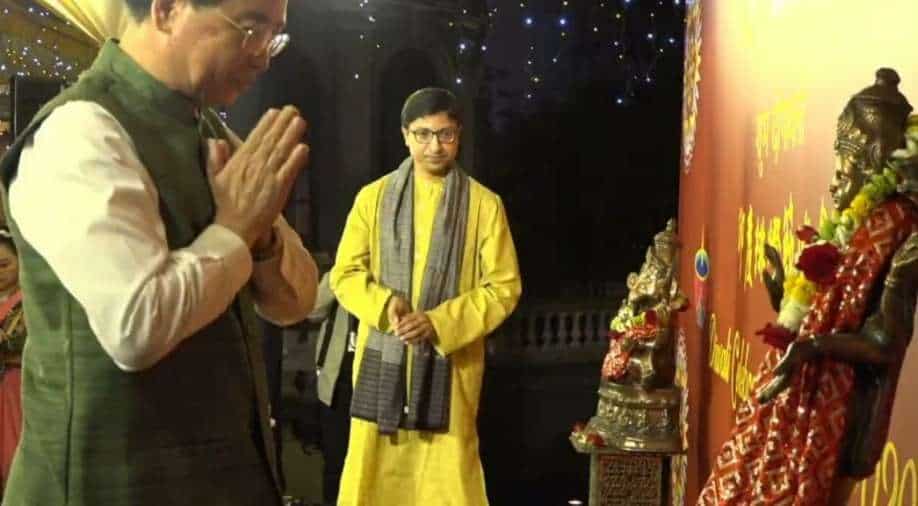 Around 200 people attended a COVID complaint event, with the participation of many Indians, MPs of Taiwan parliament Yuan, and members of the diplomatic corps.

Taiwan Foreign minister speaking at the event said, "Diwali is a festival that represents many things, including the triumph of light over darkness and knowledge over ignorance. In these difficult times, we take inspiration from Diwali as we work to combat the pandemic and return life to normal."

The Diwali celebrations took place at the historical Taipei Guest House which is used as a state guest house to receive state guests. The more than the 100-year-old building is owned by the Taiwanese government and administered by its foreign ministry.

Also read| Diwali gift to borrowers: Government waives off interest on interest for loans up to Rs 2 crore

Gourangalal Das, "Diwali has acquired a global following, and it is celebrated not only by millions of Indians abroad but by millions of their friends in the adopted home. I am happy to see such a vibrant and dynamic Indian community in Taiwan, proudly displaying this glorious inheritance of ours."

The director-general appreciated the event being held at Taipei Guest House saying, "by opening it..they have not only opened their doors but also hearts to India and Indians."

Foreign Minister Wu lauded the role of  2 people Jeffery Wu, a Taiwanese national who has contributed to promoting Indian culture, and Priya Lalwani Purswaney who was the first Indian woman to start her own business in Taiwan. They played a key role in the Diwali celebration.

Recently engagement between India and Taiwan has increased in terms of societal interaction. On Taiwan National Day, strong support was seen in India angering the Chinese Embassy.

Taiwanese president Tsai ing-wen has been tweeted about Indian dishes saying her favorite food is Chana Masala and Naan. She has also been recalling her India visit, terming it as "memories of a vibrant, diverse & colorful country."

The close engagement comes eve as China has been aggressive with both India and Taiwan. With India, the line of actual control row has been the worst Chinese build-up while with Taiwan, Chinese jets have been breaching the Taiwan strait median line that separates Taiwan from China.