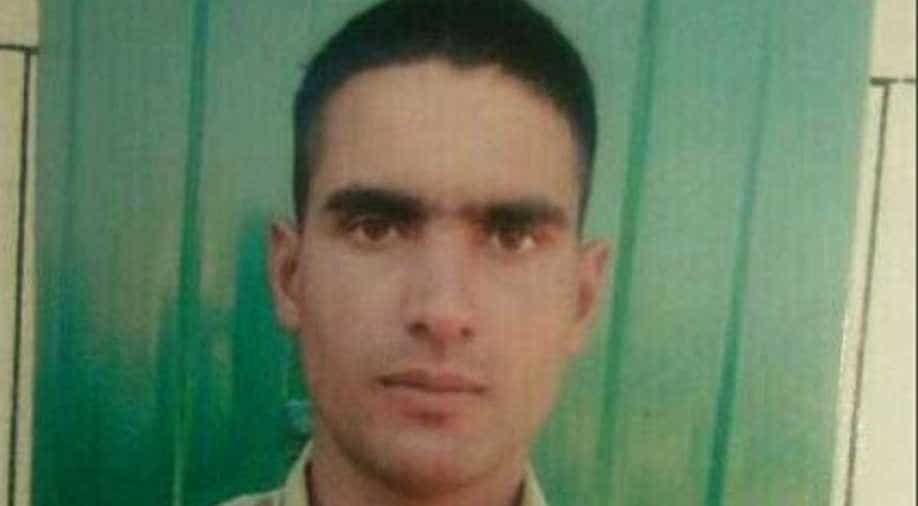 Rameez Parrey, 30, belonged to the 73rd battalion of the BSF. Photograph:( ANI )

Three other family members have also been injured in firing

A Kashmiri soldier of India's Border Security Force (BSF), Ramzan Parray, was shot by terrorists at his home, in a stark reminder of Lt Umar Faiyaz's killing in May.

A top police official told ANI that the Pakistan-based Lashkar-e-Taiba was suspected to be behind the attack. He said that four-to-five terrorists first attacked the BSF soldier with a knife and then fired indiscriminately.

Prima facie we know that Lashkar-e-Taiba's Mohammed Bhai & his aides were behind the attack: IG, North Kashmir,Nitish Kumar on #RamzanParray

Bandipora, J&K: Wreath laying ceremony of BSF's Md Ramzan Parray who was shot dead by terrorists yesterday, when he had come home on leave. pic.twitter.com/VqiwyvaEwL

Ramzan Parray, who was home on a vacation, was shot dead in Bandipora on Wednesday, reported news agency ANI. He belonged to the 73rd battalion of the BSF.

The terrorists stormed the house of Parray who had come home on leave.

The 30-year-old BSF personnel died on the spot and was declared dead on arrival at the local hospital.

The militants, after forcing their way into the house in Parrey Mohalla, fired indiscriminately at the family.

The condition of the slain soldier's aunt was stated to be serious, while that of the three others was stable.

The Director General of Jammu and Kashmir Police, SP Vaid, termed the incident as "barbaric and inhumane" and said the guilty would be punished.

His killing is somehow similar to the kidnapping and murder of Lt Umar Faiyaz, 22, who was abducted by almost six terrorists from his relative's house in south Kashmir's Shopian.

Later, his bullet-riddled was found in Harmain area of Shopian.

The brutal nature of his killing had shaken the Valley.